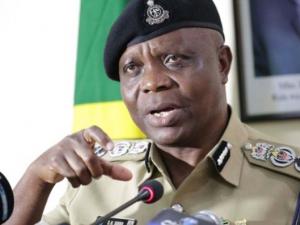 Giving an assessment of the state of the nation in terms of security after the October 2020 polls, IGP Sirro said despite the sporadic violence in some areas including Unguja, North Pemba and Tarime the country has remained safe.

"There was sporadic violence, especially in Zanzibar where some opposition leaders and their supporters marched with the intention of disrupting the early day-elections on October 27. This resulted in one police officer being shot in the leg, something that vividly indicated the group was determined to bring chaos to the polls," said Sirro.

IGP also said that as a result of such violence, two people (civilians) lost their lives. However, this is contrary to what the opposition Party ACT-Wazalendo believes.

On November 9, ACT Wazalendo leader Zitto Kabwe spoke to the media and claimed that 13 people had been killed in Zanzibar, 130 others injured, 130 people arrested by police and 14 others abducted.

"Thirteen civilians have been killed by gun shots in various parts of Zanzibar, most of the killings took place between October 27 and 29 this year. The dead include one woman and 12 men,” said Zitto in a press.

But even so, the IGP said, "Those who claim that many people have been killed should cooperate with us. Show us where those people were buried so that we can exhume their bodies for investigation.”

“But when they are making allegations without co-operation, where do we start? ... The information that we have so far is of the two civilians who lost their lives, "he added.

However, he explained that one police officer was abducted by unknown people and robbed of a gun that contained 30 bullets.

"We were able to follow-up on the police officer who was abducted. We searched and managed to seize the weapon which had only 21 bullets left, but we also found that the officer had been slaughtered," said the IGP, stressing that all those responsible for the killings will be arrested and punished according to law.