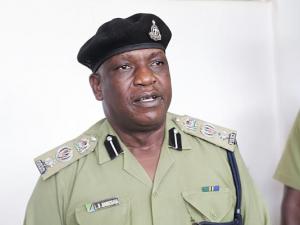 “He is supposed to report at the SRCO’s office on October 2, 2020 at around 9am without failure,” read the letter addressed through the party's national chairman with reference number DSMZ/CID/D.5/4/4/VOL.II/08.

Mr Lissu responded through his verified twitter handle, saying, “Police’s summon isn’t a friendly letter, it is a legal call. The call is supposed to state the suspect’s offense. This letter doesn’t state the offense and has been sent to the party's chairman. This isn’t a police summon according to the law. I will continue with my schedule to meet ambassadors tomorrow.”

Today, Special Zone Police Commander Lazaro Mambosasa said the politician should continue with campaign rallies ahead of October 28, General Election saying the law enforcers have decided to apply wisdom to let him continue with his scheduled gatherings.

“And since Inspector General of Police (IGP) Simon Sirro had instructed Mr Lissu to report at the Kilimanjaro Police Station, the special zone has decided to rescind the summon,” reads Mr Mambosasa’s letter dated October 2.

Drama between law enforcement organs over Mr Lissu’s summon ignited debate in social media with some commentators questioning Police’s coordination in the matter.