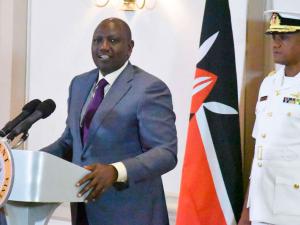 However, among them are six Ps who worked in former President Uhuru Kenyatta’s government took a pass.
Belio Kipsang, who last served as PS in charge of Regional and Northern Corridor Development, has returned to the Ministry of Education as Ruto named him PS for Basic Education.

Peter Tum, the current PS State for Department for Labour, was named PS for Medical Services.
The president also retained Harry Kimutai as the State Department for Livestock Development PS.
Chris Kiptoo, the current Principal Secretary for the Ministry of Environment and Forestry, has been named the new National Treasury PS.

In the appointment made on Wednesday, November 2, the president rewarded key political allies who lost in the August 9 election.
https://nairobinews.nation.africa/political-unicorns-6-uhuru-era-pss-tha...