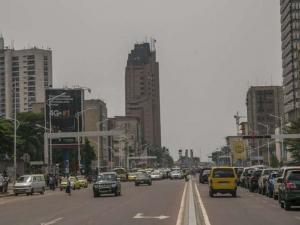 A view of the main highway in the city centre of DR Congo capital Kinshasa. PHOTO | AFP

As the Democratic Republic of Congo awaits formal admission into the regional bloc, purveyors of false news have been spreading misinformation in the country.

Since Saturday, some politicians and prominent bloggers have been announcing that Kinshasa has become the seventh member of the East African Community (EAC).

Some media outlets picked up the news and published "it's official, the 21st EAC Heads of State Summit has just adopted DR Congo's application for membership in the bloc. From now on, DRC is a full member of the EAC as well as the Southern African Development Community (SADC) and the Economic Community of Central African States (ECCAS).

DRC shares a long border with four countries that are members of the East African Community. The country first applied to join the EAC in June 2019. EAC leaders had promised to respond to Kinshasa's request during its 21st summit last month.

But EAC leaders said they would make a final decision at the next summit, once the Council of Ministers verifies Kinshasa’s readiness.

In the meantime, the EAC adopted French as one of its official languages.

DRC is a member of Common Market for Eastern and Southern Africa (Comesa), SADC and ECCAS -- the Central African bloc.

Beyond the vision of economic integration, for some analysts, DRC's membership in regional or international organisations is a sort of victory for the Congolese leader. Since coming to power in January 2019, Mr Tshisekedi has shown himself close to East African presidents, while his predecessor was much closer and more open to the SADC.