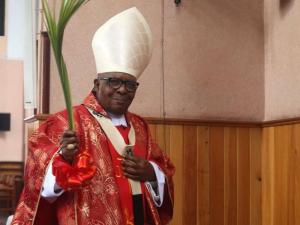 Pope Francis has accepted the resignation of His Eminence John cardinal Njue as the Archbishop of Nairobi, a letter from the Apostolic Nuncio in Kenya, Hubertus ‘Bert’ van Megen, says.

The letter was sent to the Kenya Conference of Catholic Bishops (KCCB).

The news of Cardinal Njue's resignation was officially made public in Rome on Monday at noon Rome Time (2pm EAT).

The Cardinal was born in Embu, central Kenya, in 1944 and is 77 years old this year.

According to the Vatican, he was ordained a priest by Pope Paul VI on January 6, 1973. He was appointed Archbishop of Nairobi on October 6, 2007 by His Holiness Pope Benedict XVI, taking over from Archbishop Ndingi Mwana a’Nzeki who retired in the same month after attaining the retirement age of 75 years.

Cardinal Njue has served in Nairobi for 13 years.

Bishop Kamau has been serving in the archdiocese since December 22, 1999 when he was appointed the Auxiliary Bishop of Nairobi. He was ordained Bishop on March 18, 2000.