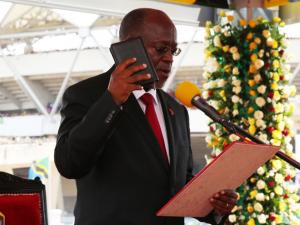 President John Magufuli has on Thursday November been sworn in as Tanzania’s President for the second term seven days after he was declared winner of the October 28 polls.

President Magufuli and Vice President Samia Suluhu Hassan took oath of office separately in Dodoma’s Jamhuri Stadium, a ceremony that was witnessed by thousands of Tanzanians alongside foreign dignitaries. 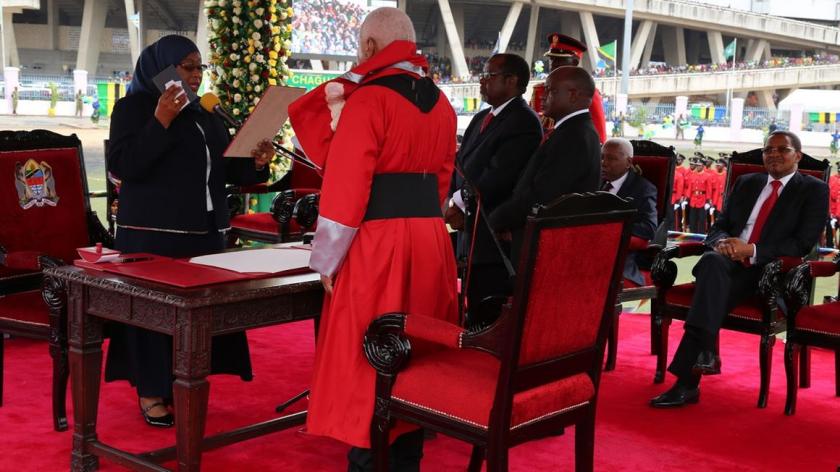 He was sworn in before Judge Ibrahim Hamisi Juma, Chief Secretary John Kijazi amidst scores of people, visiting Presidents and other dignitaries present on the occasion.

President Magufuli promised to be faithful, work for the country as well as protect the country’s constitution.

He later signed the oath of promise before being handed the constitution, he was then handed traditional symbols of power which include a spear and shield.Magufuli was first elected as President in 2015, his next five-year term is expected to end in 2025.