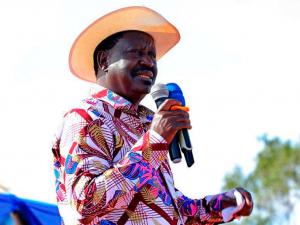 Azimio la Umoja One Kenya leader Raila Odinga is set to meet with all the 26 Azimio governors and their deputies in Naivasha.
This meeting comes at a time when there has been tension over defections.
During the two-day meeting, the members are set to discuss the way forward after the August election defeat.

How lone shooter stalked businessman from Nairobi to Embu, shot him five times as family watched
This will be the first meeting with the coalition leadership since the August 9th elections.

The meeting will also be addressed by Wiper party leader Kalonzo Musyoka and Narc Kenya leader Martha Karua, Mr Odinga’s running mate in the presidential elections.
The coalition is also set to discuss the future of the coalition.

This comes at a time when some Azimio governors have openly expressed their willingness to work with President William Ruto.
This dalliance with Kenya Kwanza by Azimio governors is technically seen as defection and switching of political loyalties weakening the Opposition camp.

Shaffie Weru – The truth about why I got fired
Currently, President Ruto has 179 MPs against Mr Odinga’s 157.
Some of the leaders who have joined Kenyan Kwanza