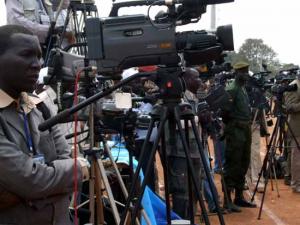 The Foreign Correspondents Association of East Africa (FCAEA) urged the government in a statement to stop blocking “professional and experienced” reporters from working in the world’s youngest nation.

Last month, South Sudan’s state-owned Media Authority revoked the credentials of a Canadian journalist, Sam Mednick, working for the Associated Press for six months while a French journalist, Bastien Renouil, working for France24 was deported right after his arrival at the Juba airport.

“The Foreign Correspondents Association of East Africa (FCAEA) condemns the recent expulsion of two of its members from South Sudan,” the regional body’s statement partly read.

“The FCAEA calls on the government of South Sudan and its media authority to immediately stop blocking professional and experienced reporters from working in South Sudan,” the statement added.

“The expulsion of the two journalists represents a worrying escalation in the repression of the free press in South Sudan.

“Over the past few years, FCAEA members have found it increasingly difficult to travel to and report on South Sudan. In 2017, the FCAEA released a statement that condemned the government for blocking over 20 journalists from entering the country.

“We appreciated the subsequent willingness of the Media Authority to re-open the country to regional journalists and we ask the relevant authorities to act in good faith once again following the recent escalations.

“The FCAEA stands by its members as well as our colleagues working for South Sudanese media outlets, who regularly face intimidation and threats to their security. We call on the international community specifically the diplomatic community of South Sudan and East Africa, to prioritize press freedom and access in the region.”