The rise and fall of private schools in Rwanda 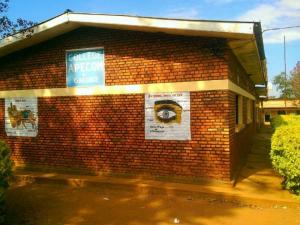 Amid Rwanda’s discriminatory education policies in the 1980s, a wave of private secondary schools struck with mainly parents coming together to open their own schools.

In this spirit, College APECOM Gakenke in Gatsibo District was founded on 6th April 1986 as the first private school in the eastern part of Rwanda which had even a handful of public schools which, worse enough, were largely admitting students from then government’s favoured northern part of the country.

Karama Pierre, a founding member of APECOM, tells Izuba Radio that about 200 parents from different districts, then known as communes, in the area contributed Rwf50, 000 each to develop infrastructure and APECOM opened doors starting the academic year 1986-1987.

“We started College APECOM in order to promote education in our area because our region was not considered for secondary education in public schools while we had no single private school in the region now spanning from Nyagatare to Kayonza districts,” says Karama

According to Nyiringango Emmanuel, Chairman of Board of Directors and parents’ representative at now defunct College APECOM, the school rose to fame in the 2000s when the school, then hosting at least 1,200 students, was among the country’s largest schools but enrolments started plummeting gradually from 2009 when the government introduced free-of-charge Nine-Year Basic Education (9YBE), reversing the privatization of education.

The school was also mired by bad management, according to some founding members and government officials who inspected the school. APECOM’s enrolment, which kept leaning on upper secondary school, sank further in 2012 when the government introduced free 12-Year Basic Education, presenting a better option for parents who were struggling to pay school fees in private schools.

The school, which battled for long to withstand operational costs’ imbalance, announced in January 2018 that it was not admitting students for this academic year and indefinitely suspended operations, citing reasons of changing strategy and taking new direction.

Nyiringango has told Izuba Radio that the school was increasingly accumulating debts for staff, suppliers and different creditors while the small students’ number could not service the costs.

“We had 182 students in total in 2017. We had four students in senior one; they got frustrated for being few in class and three left at the end of first term. We also had other classes with two, four and five students each. It was so challenging to teach in those conditions. The largest numbers were the then leaving 75 students,” says the Board Chairman.

The general assembly of 8/1/2016 for which we have a copy  decided  to demand that Hategekimana Fracois Xavier lend the school 20 million francs and bail out a portion of the building, the rent of which will be paid out over a period of 2 years.

Surprisingly the founding members realized that Rwigamaba Celestin who was the chairman of the school board, Gapira Aloys who was the deputy and Sekanyange Jean Leonald who was its principal, are the culprits who   secretly sold the school to Hategekimana Fracois Xavier for 30 million francs without their general assembly’s awareness.

Gatsibo District Mayor Gasana Richard says that although the district is aware of the issue, it has not yet been reported by both sides, which is why he has not commented on it.

Scores shut down every year

APECOM’s fate is shared by most of the private schools which keep wobbling before 12YBE forces. At least 10 private secondary schools in Rwanda are closing down every year, 30 closed down at the beginning of 2017 alone and more are likely to fall in the peril as student enrolment dramatically reduces.

Jean Marie Vianney Usengumuremyi, Chairman of Rwanda Private Schools Association, told media that only government can save the struggling schools by subsidizing them but the government has always rejected the proposal.