The rise of female Rwandan pastors 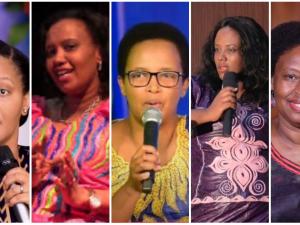 Rwanda, like many other countries with Christian populations is witnessing an increase in women taking on leadership positions in churches.

And, if you remove the official title pastor from the trend, you will notice that many more women are regularly preaching in conferences and church settings.

The trend may be slowly changing but it is still rare to find a female pastor, bishop, or apostle in most of the traditional Christian denominations including Episcopal, Lutheran, Anglican, and United Church of Christ among others.

Some denominations will not even allow women to preach, basing their decisions on passages like 1 Corinthians 14:33-35 which says, “As in all the congregations of the saints, women should remain silent in the churches. They are not allowed to speak but must be in submission, as the law says. If they want to inquire about something, they should ask their husbands at home; for it is disgraceful for a woman to speak in the church.”

Resistance to women leadership is not only unique to the church. Study after study has shown how women must work harder than their male counterparts to get hired or promoted at work.

Rwanda has made deliberate efforts to get women into various leadership positions in both the public and the private sector. Going by the developments in the Church, the women of God are not remaining behind.

Despite the challenges, more Rwandan women are breaking the barriers and becoming church founders and leaders.

Below is a sneak peek into some of the prominent ones.

Apostle Alice Mignonne Kabera, the co-founder and leader of the Women Foundation Ministry.

Mignonne, as she is commonly known, was raised in ADEPR church. She then joined Zion Temple in 2003 and about five years later, she left, starting her own church.

She is the founder and leader of the Women Foundation Ministry, a ministry which gave birth to the Noble Family Church, an association that focuses on developing Rwandan women in the areas of spirituality and the issues they face in their daily lives. Mrs Kabera has received many rewards. Among them is the Sifa Award for compassionate work, which is organised every year in the name of "Thanksgiving."

She organises many events throughout the year to empower women in Rwandan society, such as "All Women Together" with the theme “From Victims to Champions”. She also organises events to help couples in their marriages, including the "Couples Dinner" event.

Julienne is a preacher and founder of Grace Room Ministries. She says her calling is to minister to young people and encourage them to behave in a Godly manner.

The Grace Room Ministry was launched in 2018. Julienne is also famous for her salvation testimony in her teenage years.

Hortense created the ‘Believers worship Centre” in 2017 after leading the Karongi branch of Zion temple. One of her major teachings is on covenant marriages and teaching couples how to build meaningful families.

Lydia is a preacher and senior Pastor of Evangelical Restoration Church (ERC) Masoro branch, and wife to one of the most famous pastors in the country (Joshua Masasu Ndagijimana)

She is referred to as mummy by her followers and church members, since the ministry is built under a family structure.

Mary is a preacher at the Christian Life Assembly, where she is also one of the church elders.

Besides that, Kamanzi, who is passionate about Youth empowerment, is the founder of the Arise and Shine School and National Director of Youth with A Mission (YWAM) for Rwanda.

The list is only expanding and with the prominent ones committed to mentoring future leaders, there is no doubt more women will join the Ministry as their contribution to society.