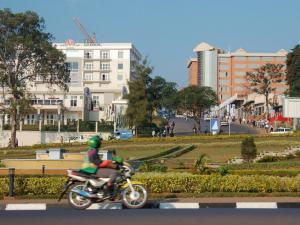 Rwanda has ranked first in East Africa in adherence to rule of law and ranked 37th globally, and within the region it is followed by Tanzania at 93, Kenya at 102, Uganda at number 117 globally out of 128 countries, according to the latest global report.

The report is dubbed “The World Justice Project (WJP) Rule of Law Index 2020".

The WJP Rule of Law Index’ is an evaluation of adherence to the rule of law; measuring countries’ performance across different metrics like constraints on government powers, absence of corruption, open government, fundamental rights, order and security, regulatory enforcement, civil justice, and criminal justice.

The country scores and rankings for the WJP Rule of Law Index 2020 are derived from more than 130,000 household surveys and 4,000 expert surveys conducted in 128 countries and jurisdictions.

Below is how Rwanda ranked across the different metrics;

In this metric, Rwanda was ranked 36th globally, ahead of countries like Mauritius (43) and Greece (45) and South Africa (58).

The index measures the absence of bribery, improper influence by public or private interests, and misappropriation of public funds or other resources within government.

These three forms of corruption are examined with respect to government officers in the executive branch, the judiciary, the military, police, and the legislature.

To achieve this, the Index made an assessment of the delivery of criminal justice taking into consideration the entire judiciary system, including police, lawyers, prosecutors, judges, and prison officers.

In this area, the Index analysis looks into whether ordinary people can resolve their grievances peacefully and effectively through the civil justice system.

It measures whether civil justice systems are accessible and affordable as well as free of discrimination, corruption, and improper influence by public officials.

It also examines whether court proceedings are conducted without unreasonable delays and whether decisions are enforced effectively.

Rwanda scored the ranked 30th out of 128, beating countries like the United States (US) which came in at the 36th position.