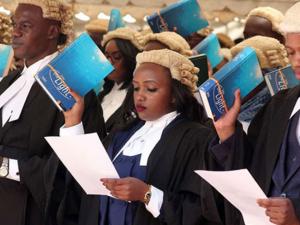 Kenya has blocked Rwanda and Burundi lawyers from practising in the country until local advocates are allowed to work in the two countries on a reciprocal basis.

The National Assembly’s Justice and Legal Affairs committee wants all East African member States to address the matter before Kenya can open trade in legal services to Rwanda, Burundi and South Sudan.

Tanzania and Uganda lawyers are currently allowed to practice law in Kenya in accordance with provisions of sections 12 and 13 of the Advocates Act.

Thirteen Kenyan lawyers, who are currently practising advocates of the Rwanda Bar Association (RBA), have petitioned the Kenyan Parliament to fast track the inclusion of Rwanda and Burundi in the Advocates Act to enable the Chief Justice to swear and enrol practitioners from the two countries to practice in Kenya.

Parliament through the Statute Law (Miscellaneous Amendment) Act, 2012, amended Section 12 and 13 of the Advocates Act to include Rwanda and Burundi but the Court of Appeal in 2019 struck down the changes effectively locking out the two countries.

The Law Society of Kenya (LSK) sued the Attorney General arguing the amendment to section 12 of the Advocates Act to open up trade in legal services for non-Kenyans without reciprocal access for Kenyan advocates was a violation of Parliament’s legislative powers.

The House committee has backed concerns by the Judiciary and the Council for Legal Education on the lack of uniformity in the qualifications for admission to study law degree and to join the respective bars of the East African Community member States.

“Without mutual and equivalent harmonisation, there should not be reciprocity,” the committee said.

The Chief Registrar of the Judiciary Anne Amadi and the CLE told MPs that there is an urgent need to amend the Legal Education Act and the Kenya School of Law (KSL) Act to clarify the minimum secondary school qualifications for entry into the Bachelor of Laws (LLB) program in Kenya.

The reforms of the two laws seek to prescribe the applicability of the minimum secondary school qualifications for persons who obtain their LLB degrees abroad before returning to join KSL.

It will also spell out the applicability of the minimum secondary qualifications to Kenyans who are already admitted to practice law in other countries before returning to petition to join the Kenyan bar.