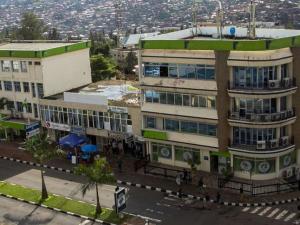 Rwanda offers a fertile hunting ground for Kenyan banks seeking to maximise their earnings in the East African region.

Four subsidiaries recorded a combined loss of Ksh709 million of which two operate in Tanzania, one in Uganda and one in Rwanda. The performance of Tanzania subsidiaries was attributed to low business due to competition in a market dominated by established local players.

The loss-making subsidiary, Crane Bank acquired in November 2018, is yet to break even.

Kenyan banks subsidiaries in Uganda and Rwanda accounted for 18.5 percent and 17.5 percent of the gross loans respectively.

Those in Rwanda accounted for 14.2 percent of the total deposits while DR Congo, South Sudan and Burundi accounted for 12.5 percent, 3.9 percent and 1.6 percent, respectively.

Branches of subsidiaries of Kenyan banks in EAC increased to 316 in 2019 from 307 in 2018, with four of the banks KCB, Equity, NCBA and Guaranty Trust Bank increasing their network. Co-operative and I&M Banks maintained status quo while DTB and ABC scaled down their branch network in the region.

Last year, the Kenyan banking industry was resilient as reflected by high capital and liquidity buffers of 18.5 percent and 53.1 percent against the statutory minimum requirements of 14.5 percent and 20 percent, respectively.

Profit declined by 30 per cent in the year to June 2020 and assets quality deteriorated, with the ratio of non-performing loans (NPLs) to gross loans increasing from 12 per cent in December 2019 to 13.1 per cent in June 2020.