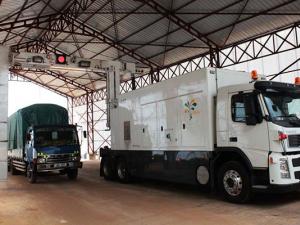 Cargo trucks from Uganda have been blocked from crossing into Rwanda at Gatuna, also known as Katuna, to pave the way for the upgrade of the one-stop border post, the Rwanda Revenue Authority (RRA) has said.

The taxman, in a letter addressed to the Commissioner for Customs at Uganda Revenue Authority on Wednesday, said heavy trucks would be diverted to other border crossings.

"We are considering reducing the traffic of heavy trucks to allow completion of the OSBP infrastructure," read the letter signed by Ms Rosine Uwamariya, the Commissioner for Customs at RRA.

"In view of the above, Rwanda Revenue Authority would like to inform you that with effect from 28th February 2019, all heavy trucks carrying goods destined and those transiting via Gatuna shall be temporarily diverted from using Gatuna Border Post to Kagitumba/Mirama Hills border posts," she added.

However, the announcement followed complaints on social media of stranded citizens and truck drivers.

"Why are our goods being stopped from entering Rwanda? Our friendship still stands," Aaron Ainomugisha posted on Twitter.

For ordinary citizens, the deteriorating diplomatic relations between Rwanda and Uganda, that has largely remained at the top, seemed to have moved to the grassroots, interrupting their lives.

Both Kampala and Kigali accuse each other of espionage.

"But this madness between Rwanda and Uganda must stop. My family from the other side has been blocked from coming to Uganda for our sister's marriage ceremonies!," tweeted Agather Atuhaire, before posing: "How can both be oblivious of or ignore the fact that there are people with families both sides?!"

Kigali accuses Kampala of harassing its nationals through arrests and torture and has been advising Rwandans to restrict their travel to Uganda. Kampala denies the claim saying those detained are individuals suspected of spying.