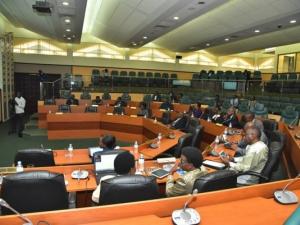 The National Unity and Reconciliation Commission (NURC) has said that there is progress being made in unifying Rwandans but more efforts will have to be put on proper education of the young generation about the 1994 genocide against Tutsi.

The commission was created in March 1999 to promote unity and reconciliation among Rwandans in the aftermath of the devastating 1994 genocide against Tutsis to mark a major milestone in changing, fundamentally, effects of bad governance based on discrimination and exclusion.

The commission is obliged to present its finding to Senate, by virtue of Unity and Reconciliation promotion being a constitutional agenda of which the Senate must evaluate and give its guidance to government.

For the past years, the commission told Senate that from despite efforts of community mobilization and education, cases of harassing of genocide survivors, genocide ideology and denial, and concealing information on whereabouts of bodies of victims remained lingering.

For instance, in the report, cases of harassing genocide survivors stood at 56.7% while ethnic segregation done verbally or in actions was at 20.6%.

Moreover, Genocide denial was at 13.4%, backing genocide 2.9% and concealing genocide evidence and proclaiming double genocide each had 2.5%.

The report showed that most of these incidences happen due to negligence by local leaders in promoting unity, families holding on to genocide related inclinations and slow justice in compensating genocide survivors.

Bishop Rucyahana said that this trend has to be reversed to attain unity and reconciliation especially through the Ndi Umunyarwanda program that promotes Rwandan-ness as the core identity of all Rwandans above all previous ethnic orientations.

“We need to deal with this by emphasizing the Ndi Umunyarwanda program in which leaders are fully engaged and also bring youth on board especially in teaching them the history of the country and use of critical thinking,”Rucyahana said.

The commission said that they have set up early warning system but also conducted the 2020 Rwanda Reconciliation Barometer (quantitative data) but are currently working a qualitative data research which will give details on issues underlying unity and reconciliation in sampled areas of socio-economy, education, history, justice, family belief, and the diaspora.

“The research findings are expected to be published before end of the year,” Rucyahana said and revealed that the upcoming in-depth research will try to find a connection between conflict in families and trauma cases based on Rwanda’s history and its categories among youth ages,”

The same concerns of involving families and youth in positively changing the current efforts of unity and reconciliation was raised during the 13th Unity Club Forum (UCForum) 2020- which focused on concept of “Ndi Umunyarwanda (I am Rwandan) as a fundamental idea of existence.

To further efforts of unity and reconciliation outside Rwanda, the commission told the Senate that it will through media channels focus on the “Ikaze iRwanda” (Welcome to Rwanda)- programme aimed at encouraging diaspora to be culturally connected to the home country.

This programme adds to the former Come and See, Go and tell” which was also a diaspora youth led programme to promote patriotism among Rwandans living abroad.

Though Senators said they were impressed with the new direction in qualitative research, they asked the commission to push further into prosecution of the cases and also find the underlying causes of the issues arising within in building unity and reconciliation among Rwandans.

Senators insisted on the commission devising a means of integrating lessons on unity and reconciliation at the family level in schools and the community but also pushed for a detailed qualitative data research.

For example, Senators recommended that a standard manual (in Kinyarwanda) for teaching about facts and history of genocide should be developed specifically for children, families and teachers in Rwanda, so as to have a common understanding on history of genocide.

Senator Emmanuel Havugimana proposed the commission to establish an equal or more powerful social media approach that can counteract the existing genocide denial movements outside Rwanda, who use social media to promote an anti-unity propaganda.

On compensation of genocide survivors, Senator Evode Uwizeyimana suggested that this should be handled with a political decision especially that tracking property of genocide convicts has remained a challenge.