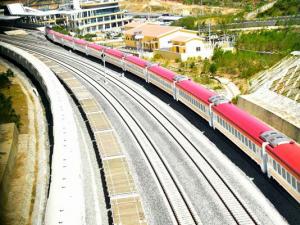 A plan by Tanzania and Rwanda to extend the joint Standard Gauge Railway line to link Kigali and Rubavu on the border with the Democratic Republic of Congo seems to have gained fresh impetus after President Felix Tshisekedi’s recent visit to Dar es Salaam.

Kinshasa has given the green light for a feasibility study to be carried out to pave the way for the stretch to its eastern border.

President Tshisekedi said in Dar es Salaam that the extension of the SGR to Rubavu will open up trade opportunities for the country which, according to a TradeMark East Africa report, depends entirely on the ports of Dar es Salaam and Mombasa for its imports and exports.

The detailed design for an extended line from Isaka in Tanzania to Kigali in Rwanda, covering 575km, was agreed on and both countries are going to finance the project at a cost of $2.5 billion, with Tanzania paying $1.3 billion and Rwanda $1.2 billion. Rwanda will incur another expense to cover the extended line to Rubavu.

President Tshisekedi assured President John Magufuli of Tanzania of increased volumes of his country’s exports and imports through Dar es Salaam, which will be connected with the SGR when is complete.

The Dar es Salaam port handles an annual average of 1.76 million tonnes of goods destined to and from the DRC.

Tanzania’s SGR is 1,457km from Dar es Salaam to the shores of Lake Victoria, and is among the $7.5 billion worth of mega projects the government has planned to undertake over the next five years.

The government has given the priority to the project during the next financial year’s budget. In May, parliament approved a Tsh4.9 trillion ($2.1 billion) budget for the Ministry of Works, half or Tsh2.5 trillion ($1 billion) of which went to the SGR project.