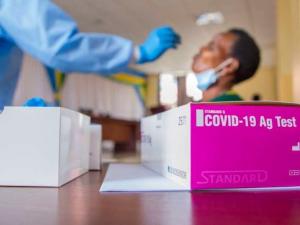 Rwanda has tightened rules on gatherings, including a ban on night clubs, after health officials recorded six cases of the highly transmissible Covid variant, Omicron.

According to the Ministry of Health, the cases were confirmed through genomic sequencing of samples collected from travellers and their contacts.

Restrictions
A Cabinet meeting chaired by President Paul Kagame Tuesday revised virus rules, imposing restrictions on crowds, and calling for vaccination and regular testing as part of efforts to slow transmission of the new variant ahead of the end year festive season.

The new virus preventive measures, which come into effect starting December 16, will remain in place for one month but may be reviewed at any time.

In particular, the Cabinet suspended all night clubs as well as live band entertainment in other venues, while organised concerts will be subjected to approval on case by case basis by relevant government officials.

Recreational and entertainment venues, like other events and gatherings such as concerts, exhibitions and festivals, had earlier been reopened for vaccinated and tested participants at 50 per cent of venue capacity.

Restrictions have been imposed on other events such as parties in homes, weddings and burial ceremonies all of which will be attended by restricted number of people with proof of negative Covid-19 test and full vaccination, as well as seeking authorisation in the latter case.

“The new Covid-19 preventive measures announced by Cabinet are intended to contain the spread of Omicron. The variant has shown to spread rapidly,” Health Minister Daniel Ngamije said in an announcement released Tuesday.

Vaccine
The ministry urged citizens and residents aged 12 and older to get fully vaccinated. It also encouraged all adults who received their full dose at least six months ago to get booster doses, especially those aged 50 and above and those with underlying health conditions.

More than 4.2 million people in the country were fully vaccinated, while another 6.9 million had received the first dose of the Covid jab as at December 14, Health ministry data indicates. More than 27,220 people have received booster doses.