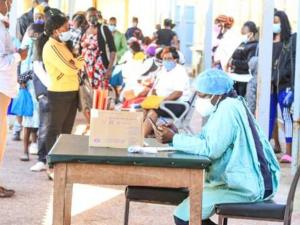 Countries in the region led by Rwanda and Tanzania are drawing benefits from over $142.7 million in debt relief from the International Monetary Fund (IMF).

This comes even as the Bretton Woods institution last week approved a third tranche of grants for debt service relief, for 28 member countries, under the Catastrophe Containment and Relief Trust (CCRT).

Rwanda leads the region in the countries that enjoy the highest debt relief at $71.23 million, followed by Tanzania at $26.43 million. Burundi is third at $25.42 million, while Ethiopia wraps up the list at $19.71 million, latest figures from IMF shows. Kenya, South Sudan, and Uganda are not part of the 28 countries that were picked to benefit from the debt relief programme.

IMF April 2021 approval follows two prior tranches approved on April and October 2020, and now enables the disbursement of grants from the CCRT for payment of all eligible debt service totalling $238 million, falling due to the IMF from its poorest and most vulnerable members from April to October this year.

“This tranche of grants for debt service relief will continue to help free up scarce financial resources for vital emergency health, social, and economic support to mitigate the impact of the Covid-19 pandemic,” IMF said, adding that subject to the availability of sufficient resources in the CCRT, debt service relief could be provided for the remaining period through from October 2021 to April next year, amounting to $964 million.

For the region, Tanzania has so far enjoyed $26.43 million in relief under the first two six-month tranches that expires the end of this month.

According to IMF, Covid-19 continues to have an adverse economic impact on Tanzania, as its growth is projected to be 2.8 per cent in FY2020/21, down from an expected 5.9 per cent before the pandemic.

But it is Rwanda which has the highest benefit in the latest approval, as it expects to enjoy over $42.76 million in debt relief over the next twelve months ending April 2022.

“Covid-19 continues to have a severe impact on Rwanda. Weak global demand, supply chain disruptions and a strict economic lockdown affected all sectors of the economy,” IMF said of Kigali, adding that its fiscal and external financing needs rose to 5.1 and 4 per cent of GDP, respectively in the 2020/21 financial year.

“More than half of these financing gaps have since been filled by the two Rapid Credit Facility (RCF) disbursements and concessional financing from development partners,” it said.

Burundi, which has so far enjoyed $14.52 million in debt relief in the past one year, is also eyeing a further $10.9 million in the next year ending April 2022.

IMF said that the current account deficit of Burundi, including grants, is expected to grow to 20.7 per cent of GDP, putting pressure on already low reserves, because of the pandemic.

Bujumbura has committed to use the resources freed by Fund debt service relief under the CCRT to help provide emergency health, social and economic support to the economy to mitigate the impact of the pandemic on life and livelihood of the population.

Ethiopia will have the least debt relief in the region, over the next 12 months at $1.35 million. Addis has so far enjoyed $18.36 million since April last year when the programme was launched.

For Addis, lower imports and higher-than-projected merchandise exports offset a decline in services exports, primarily from air travel and tourism, and remittances, leading to a narrower-than-projected current account deficit of around 4 per cent of GDP.

“However, shortfalls in foreign direct investment, including due to a delay in the privatisation of the Ethio-Telecom, led to an underperformance in reserve accumulation,” IMF said.

Ethiopia has agreed to use the resources freed by the initial tranche of Fund debt service relief under the CCRT, to help provide emergency health, social and economic support to the economy to mitigate the impact of the pandemic on life and livelihood of the population.

In March 2020, IMF managing director Kristalina Georgieva launched an urgent fundraising effort to raise $1.4 billion in grants for the CCRT. This would enable the CCRT to provide financial assistance for relief on debt service for up to a maximum of two years, while leaving the CCRT adequately funded for future needs.