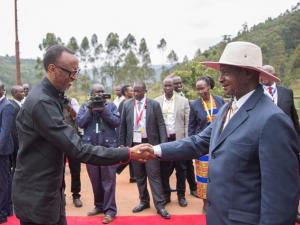 At around 11:40am, President Paul Kagame, flanked by Angolan President João Lourenço and Congolese counterpart Felix Tshisekedi, the facilitators of the talks between Rwanda and Uganda arrived at Gatuna/Katuna common border between the two countries for the 4th Quadripartite Summit.

The three Heads of State joined their Ugandan counterpart Yoweri Kaguta Museveni for the talks to commence. The three President entered the tent 5 minutes after arrival as Rwanda and Uganda continue with the talks to normalise relations.

The Angolan President, who is the lead facilitator of the talks arrived on Thursday evening while the Congolese President arrived on Friday morning for the talks which are being held behind closed doors.

By press time, final touches on the venue, which is in the neutral land between the two countries, commonly referred to as ‘no man’s land’ were being done in preparation for the arrival of four heads of state.

Anticipation is high on both ends, at the summit which follows the 3rd Quadripartite Summit in Luanda, Angola on February 2 and the 3rd Ad Hoc Commission meeting in Kigali between Rwanda and Uganda on February 14.

The talks are expected to last for hours and the the four Presidents will address a press conference after the closed door meeting during which issues that have affected relations between the two countries will be tackled.

Officials from Uganda, Rwanda and Angola were seen earlier pacing up and down, preparing documents that will be signed by the heads of state, including an expected extradition treaty between Rwanda and Uganda. 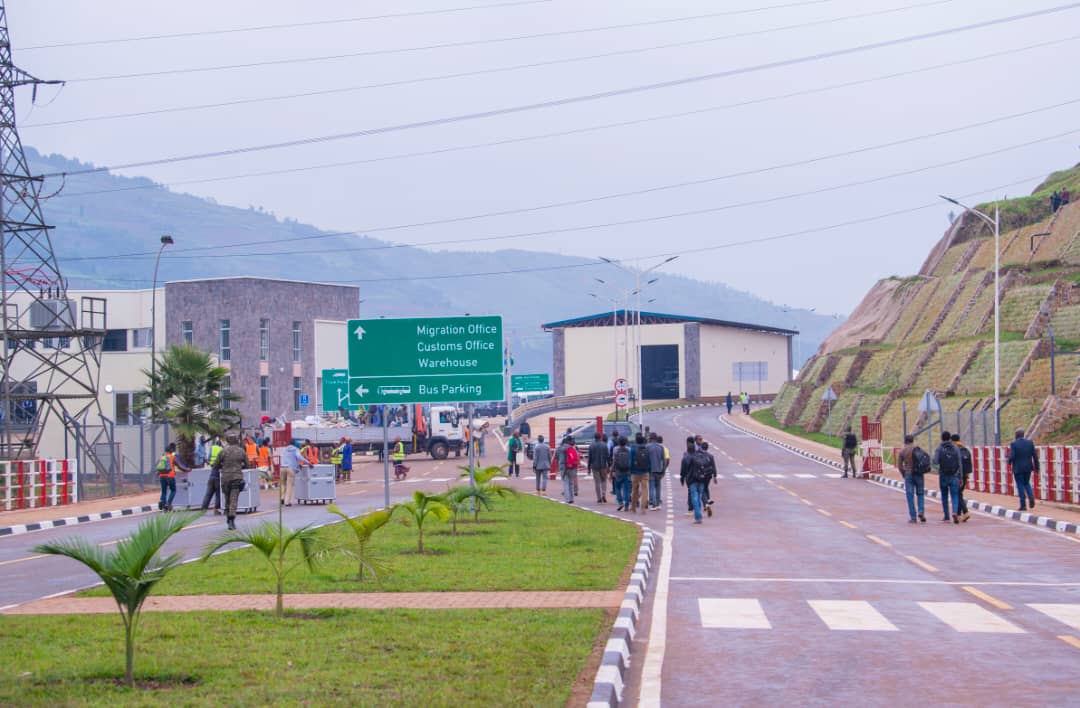 Ahead of the meeting, the Minister of State for Foreign Affairs in charge of East African Community (EAC) Amb. Olivier Nduhungirehe confirmed that the Ugandan Foreign Affairs Ministry informed the Rwandan government through a note verbale that the passport of Charlotte Mukankunsi, the Rwandan National Congress (RNC) Commissioner for Diplomacy had been cancelled.

A major breakthrough is expected after Uganda showed commitment to address some of the issues raised at the Ad Hoc Commission meeting which Uganda had to address by February 20, ahead of the meeting.

Among other things, Rwanda demanded the ceasing of all activities aimed at supporting Rwandan armed groups which operate in Uganda and releasing Rwandans illegally detained in Uganda. 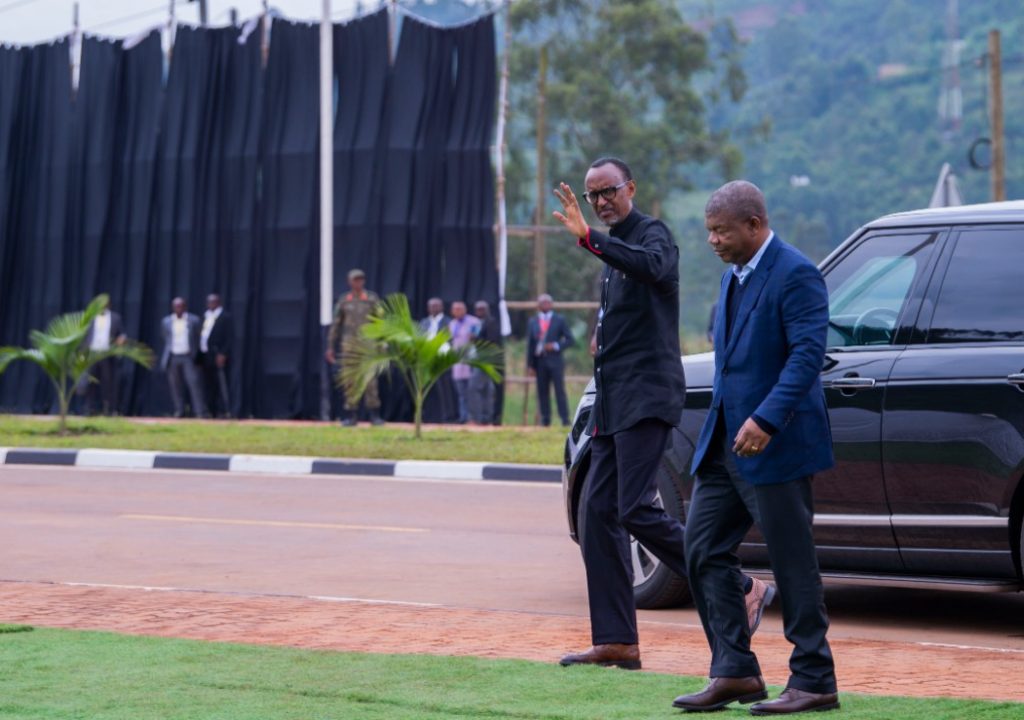 Rwanda also reciprocated by dropping charges of 17 Ugandans who were facing several cases in Rwanda, along 3 others who completed their sentences, who were deported.

Other high ranking officials have also not entered the tent where the heads of state are meeting. Talk around Gatuna/Katuna is around Rwanda and Uganda agreeing to remove restrictions on free movement of goods and people.