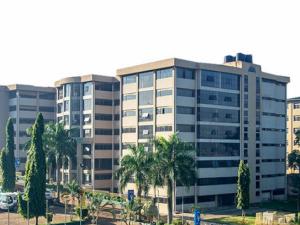 Uganda’s Chieftaincy of Military Intelligence (CMI) have arrested four university students of Rwandan origin on charges that are still unknown and are being kept at a military barracks.

The four students at Kampala International University (KIU) include the chairperson of the Rwandan students’ association at the university, identified as Joram Rwamojo.

The other three have been only identified as Mugisha, Emmanuel and one Kagara.

Also held with the students are three other Rwandans who have been operating different businesses in Uganda.

According to sources, they were abducted from their hostels on Wednesday night and have since been detained at the notorious Makindye Military Barracks also located in the capital Kampala.

A university official who requested to remain anonymous said that the students have now missed their exams.

"Our students missed their exams because of the arrest. We rang the DPC (District Police Commander) Kabalaga who referred us to CMI saying that they are the ones with him,” he said.

The incident follows a spate of abductions, torture and illegal detention of Rwandans in different parts of Uganda, in an operation that is led by the CMI.

Ugandan authorities have previously told the media that the reason they arrest Rwandans is because they are “spies sent by Rwanda”.

However, no one has ever been charged in court. Instead, after lengthy detention some of them are bundled into vehicles and thrown at the border with Rwanda.

On most of the abduction, CMI has worked with Rwandan dissidents who have found a safe haven in Uganda.

Those that have previously been victims of the CMI-led abductions have attested about the effort to recruit them into working with terror groups with intent to destabilize Rwanda, including Rwanda National Congress (RNC) that is led by Kayumba Nyamwasa.

Refusal to heed this demand has only attracted more torture for them.

Following these sustained abductions and torture of Rwandans, in March this year the government cautioned nationals against travel to Uganda, saying that their safety there was not guaranteed.