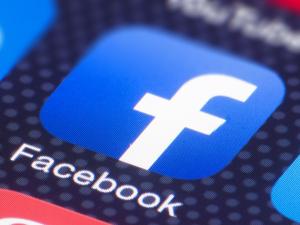 Facebook announced on Monday it was banning any content that denies the existence of the Holocaust but new information shows the company won’t extend the same to other recognized genocides.

The social media giant told Bloomberg that it won’t extent this service to other United Nations recognized genocide atrocities including the 1994 Genocide against Tutsi and Armenian Genocide.

Facebook did not explain its rationale to Bloomberg as to why it was not extending its ban to other communities where genocides took place and no immediate available comment provided so far.

In its choice to focus on the Holocaust, Facebook said its decision was “supported by the well-documented rise in anti-Semitism globally and the alarming level of ignorance about the Holocaust, especially among young people.”

Rwandans and genocide survivors in Rwanda who were hoping for the same action to be taken on hatred and genocide denial speech pushed through Facebook among other platforms, have expressed dissatisfaction with the above reasoning.

“Few years ago, FB (facebook) sent its politics and policy officers to learn about the Genocide. Unfortunately, none of the recommendations was implemented,” said Nelson Gashagaza, on twitter.

For Robert Mugabo, he argued that the problem is no longer implementing the recommendations, but ‘to what extent do they (Facebook) cares’ because they know the truth!

“The likes of them are empirical models of bystanders…Who appear to care but for mainly sandbar impressions,” Mugabo said on Twitter.

Dusingizemungu said “Resilience is a process not a permanent state in life, thus a need for each survivor to continue improving the level of resilience each day,”

He also stated there are many signs of such people giving up on concerns of problems of genocide survivors but this should not be the case for survivors to consider in their journey of resilience.

In recent years, Rwanda has seen a rise in genocide denial, mainly perpetrated by organisations and individuals operating abroad, such as Jambo Asbl, which is made up of children of former officials of governments which planned the genocide and propagated ethnic divisions as well as offsprings of genocide perpetrators and masterminds.

In a series of publications, the Executive Secretary of the National Commission for the Fight against Genocide (CNLG), Dr Jean Damascene Bizimana argues that denial is the last phase of a genocide, where those who plotted or orchestrated massacres not put efforts in denying that the killings actually never happened.

Citing groups such as Jambo Asbl and the Democratic Forces for the Liberation of Rwanda (FDLR), Dr Bizimana argues that this phase of denial is back by different international groups, researchers and journalists such as Judi Rever who openly engage in denial and trivialization of genocide.

Her further argues that if these are unchecked, their intention is to alter history and water down the impact of the genocide in the long run.