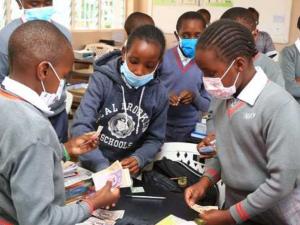 Kenya has come in for rare praise from the World Bank for the reforms in its education system, which has had its share of criticism for what some say is its demanding yet confusing scope.

The World Bank, in an observation report released last week, pointed to a marked improvement in literacy or languages, and arithmetic — two basic subjects learners interact with at the start of their schooling — challenges such as crowding and broken calendars due to Covid-19 notwithstanding.

Among recent reforms to its education system, Kenya has split the years spent in school through the competency based curriculum (CBC), which seeks to focus on practical schooling as opposed to studying for exams.

While pupils previously spent eight years in primary school and four in secondary, now they will spend six years, in primary then three years in what is christened junior secondary and a further three in senior secondary.

Kenya has also gone for professional teacher development system, changing the syllabi for training and licensing of teachers while pushing for a textbook-per-student policy and better school management practices with an eye on improving safety for learners.

These changes, says the World Bank report, “Kenya Economic Update: Edition 25: Aiming High, Securing Education to sustain recovery,” are the force behind improved learning outcomes, making the students in the country better performers compared to their peers in the region.

Between 2016 and 2018, testing in Class III on mathematics, English and Kiswahili learning revealed improvement in all the three subjects. The share of students meeting minimum requirements increased by six percentage points in numeracy, by 16 points in English and by one point in Kiswahili.

Performance in other primary and secondary school subjects has also improved significantly.

“More recently, early grade mathematics assessments taken between 2015 and 2021 show that the proportion of children meeting minimum proficiency in mathematics is improving rapidly, from 71 percent in 2016 to 80 percent in 2021,” says the report.

Problems into opportunities
But there are problems, which the World Bank hopes Kenya’s peers in the region can turn into lessons.

There are over 16 million students in Kenya’s education system. These learners are handled by about 500,000 teachers distributed in 90,000 pre-primary, primary and secondary education institutions.

The report shows that while learners in most counties exceed the expected 12 years of basic schooling, those in counties in the north and northeast of the country and in arid/semi-arid areas recorded as low as 6.5 years of schooling.

A child in Kenya completes, on average, 11.6 years of education, which, when adjusted by the level of learning relative to other countries, results in 8.4 effective years of schooling.

Despite the good performance, the education system still faces several challenges among them huge regional inequalities. Only Nairobi County is near completing 12 years of learning adjusted years of school. This means that the number of learners dropping out of school is still high in the country.

Education outcomes are much lower in rural areas and for lower income populations than in urban areas.

Pedro Cerdan Infantes, a World Bank senior economist, says that while learning remains one of the most critical assets for any country to promote equitable growth and poverty reduction, it needs a solid foundation. Kenya, he argues, has begun addressing that.

“While the education sector faces treacherous sources of inequality including uneven quality and results, Kenya has embarked on ambitious reforms to address the quality issues rather than considering the job done by virtue of near-universal access and coverage,” he said on Tuesday.

“Kenya has made impressive efforts in education, increasing spending, increasing enrolments at all levels of education, and consistently improving learning outcomes before the pandemic, making it one of the top performers in education in the region,” reads the report.

At secondary school level, the report shows that performance in the Kenya Certificate of Secondary Education has been improving gradually by 11 percent to 18 percent since 2017.

This is despite the performance of students in the previous year’s going down.

Tertiary, and technical and vocational education and training (TVET) institutions have also doubled.

Net enrolment rates are significantly higher in pre-primary, primary and secondary education, for children from households in the top 20 percent of income distribution, when compared to the bottom 20 percent.

Enter Covid-19
However, education just like other social services, suffered greatly during Covid-19 pandemic period. Kenya shut down schools for nearly a year. The result has been to rush the programme by forcing two academic years into one and a half calendar years. As many families lost income or even bread winners during Covid-19, many learners also dropped out of school.

“Efforts to provide remote learning revealed a significant digital divide, with over 50 percent of the students being left out, mainly due to lack of appropriate electronic devices, access to electricity and internet connectivity,” reveals the report.

Gender disparities in school participation are concentrated in the most educationally disadvantaged counties, mainly in the north-eastern and coastal regions. More girls than boys drop out of school yearly.

Causes of girls dropping out of school include poverty and high school fees, poor infrastructure and long distances to schools, insecure learning environments and increased exposure to violence and sexual harassment or abuse.

Girls are also affected by early pregnancies, contributing to higher dropout rates in secondary school averaging 80.5 births per 1,000 girls under the age of 18.