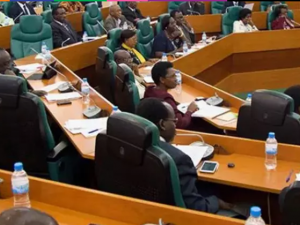 According to official statistics, 98,347 teenagers gave birth in the last four years in Rwanda.

The Senate has called for robust measures to tackle teenage pregnancies that are on the rise in the country.

This was said following a report presented on November 16 by Senator Pelagie Uwera, conducted in Nyamagabe District in October 2021, which highlighted the main issues that cause teenage pregnancies in the country.

The senator visited girls who got impregnated in their teens and her findings show the major cause to be lack of contraceptives, lack of knowledge on sexual reproductive health and fear of providing information about the issues, among others.

“Although I recorded experiences of just five girls, there are thousands of others in the country who have the same problems and have encountered similar challenges, and we need to find solutions to these problems,” she said.

Senator Uwera said that this could be one of the measures to curb teenage pregnancies.

“By distributing condoms, and contraceptives among others and teaching them the proper use, then teenagers will know how to be safe and reduce these unwanted pregnancies,” she said.

On her part, Senator Hadidja Murangwa called for more involvement of local government authorities, saying that they should be more involved in engaging adolescents in communities and also ensure culprits are brought to book.

Senator Innocent Nkurunziza said that there is a need to engage men in the talks of teenage pregnancies.

The Senate decided to commission comprehensive research in different parts of the country to find out why some of the measures to tackle teenage pregnancies that have been put in place are not effective as they should.