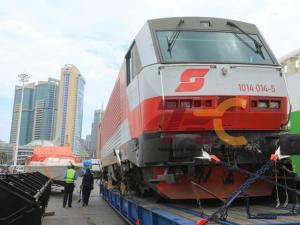 Yesterday, the Consumer Consultative Council of the Land Transport Regulatory Authority (Latra CCC) proposed alternative fares in an attempt to attract more passengers to SGR trains, which are expected to start operating early next year.

Latra CCC acting executive secretary Leo Ngowi said TRC should set reasonable fares so that the SGR does not turn into a “white elephant”.
He said if the government felt that fares proposed by the council would be lower than the operating costs, it should subsidise them.
“Recently, we interviewed potential travellers on the TRC-proposed fares, and almost all said they cannot afford them. Therefore, if TRC will not lower fares, the SGR will not have enough passengers,” he said.

Mr Ngowi also cited examples of other countries where the government subsidises railway fares.
He urged TRC to set fares by focusing on marginal cost pricing despite the SGR project being implemented at a relatively high cost by using various sources of funds.
“If the government sets high fares to make in order to quickly recoup construction costs, it will actually take much longer to recover the money because only a few people will use the transport,” he said, adding that both low and higher income earners should be considered.

Mr Ngowi stressed that TRC should not focus on making profits from passengers, but to consider the purpose of SGR by setting reasonable fares with the focus being on improving the welfare of customers and society in general.

Officiating at the meeting, Ilala District Commissioner Ng`wilabuzu Ludigija said the SGR has been introduced in the country for the first time, and travellers are therefore anxious.
“As I was earlier informed that this is a stakeholders meeting to receive views on fares for SGR from TRC. I’m optimistic that the proposed fares will be reasonable for everyone and especially those who consider railways a reliable means of transport,” he said.
“Latra should have an interim fare before setting the real price so that people should witness and experience SGR services.”

Mr Ludigija urged TRC to offer the services that will meet the standard of SGR so that once the price is increased upwards people should not hesitate to use the train.

TRC acting business development director Fredrick Masawe said the proposed fares did not consider the cost of constructing, running and maintaining the SGR.
“If the cost of infrastructure and land were included in the model, the tariff rates for SGR passengers would be higher than the proposal. For example, fares from Dar es Salaam to Morogoro would be more than Sh90,000 .”
https://www.thecitizen.co.tz/tanzania/news/national/-sgr-proposed-fares-...