Shimon Peres was a Friend of Rwanda -President Kagame 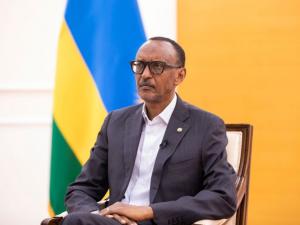 President Paul Kagame on Tuesday, September 22, paid tribute to former Israeli President, Shimon Peres, who passed on four years ago, describing him as an extraordinary man who was committed to global peace and was a friend of Rwanda.

President Kagame made the remarks during a virtual commemoration event to mark the fourth anniversary of the death of Israel’s 9th President who passed away on September 28, 2016.

“On behalf of the people and Government of Rwanda and my own behalf, I am pleased to join in paying tribute to an extraordinary man, a son of the State of Israel, President Shimon Peres, who was also a friend of Rwanda,”

“President Peres lived a momentous life in service to his country. We remember him for his firm commitment to peace, which he always articulated with wit and grace, despite all the challenges,” President Kagame said in his remarks.

The Head of State said that Rwanda identifies with his vision of global collaboration, in pursuit of a brighter future “for all our children”.

“Today my thoughts are with the Peres family, as we recall the legacy of this statesman who touched so many hearts, through his example,”

“We would do well to remember that peace and security are the precondition for human well-being and progress in Israel and throughout the world,” he said.

President Kagame quoted Shimon Peres’ saying that “Peace is not a political choice. It is a basic, historic, and moral choice” and thanked the Peres Centre for Peace and Innovation, which hosted the event, for continuing to keep President Peres’s ideals alive in the minds of young people for generations to come.

Israeli Prime Minister Benjamin Netanyahu said that Peres contributed greatly to the development of the state of Israel, pointing out that his contribution is ‘unforgettable’.

“On the 4th anniversary of the unforgettable death of the ninth president, Shimon Peres, I would like to begin with a fundamental principle that he used to repeat from his early years: a storm will pass. The whole world and we in Israel are in the midst of the Corona storm,”

“Shimon always remembered where we started. “That the State of Israel represents great forces, so he was sure that we would not succumb to transient difficulties. In this spirit, I also say about the corona: the storm will pass, the storm will pass and we will even emerge stronger from it,” Netanyahu said.

The Israeli PM said Shimon Peres contributed to the development of Israel in many areas, and perhaps above all in the security of his involvement in acquiring weapons in the growth of the defense industries, in cultivating strategic capabilities and in increasing deterrence.

“This blessed involvement will last for generations,” Netanyahu said, adding that the former President would be pleased with the peace normalization agreements Israel recently signed with the United Arab Emirates (UAE) and Bahrain.

“This is peace that the spirit of Shimon Peres is certainly taking pride in,” says Netanyahu.