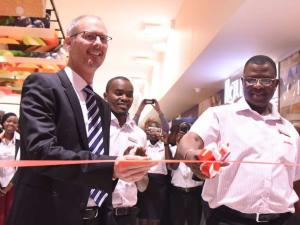 Africa's largest retailer Shoprite Holdings said on Tuesday it expected to close or dispose of its remaining two stores in Kenya in the year ahead, leaving the country after opening its first store there more than two years ago.

The supermarket chain has been reviewing its long-term options in Africa as currency devaluations, supply issues and low consumer spending in Angola, Nigeria and Zambia have weighed on earnings.

"Kenya has continued to underperform relative to our return requirements," the retailer said, adding its decision to leave had been confirmed by the economic impact of Covid-19.

Shoprite opened its first supermarket in Kenya at the Westgate Mall, Nairobi, in December 2018, hoping to take advantage of disarray in Kenya's grocery sector after the collapse of Uchumi Supermarkets and Nakumatt, two of the country's top three retailers.

The decision to leave comes a month after Shoprite said it was considering reducing or selling all of its stake in its Nigerian subsidiary.

In Kenya, Shoprite had targeted opening seven more stores, including six in Nairobi.

But in April, it closed its Nairobi’s Karen branch, shedding 104 jobs and triggering a court battle with the billionaire owners of Waterfront Mall where it was the anchor tenant.

A month later, the supermarket chain announced it would lay off 115 workers and close its second branch at City Mall in Nyali, Mombasa, citing reduced flow of shoppers.

The South African retailer is now left with two stores in Nairobi -- at Garden City and Westgate malls -- which it plans to close, exiting the Kenyan market.

Shoprite, with more than 2,300 stores across Africa, reported a 6.4 percent rise in sales for the year ended June 28, with like-for-like sales up by 4.4 percent as customers spent more on groceries at its discount Usave and mid-to-upper end Checkers stores.