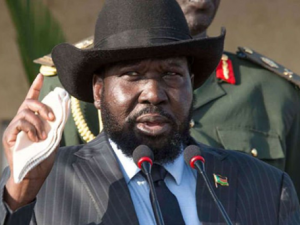 South Sudan’s implementation of the peace agreement, specifically the security arrangements, is on track, regional leaders were told on Tuesday.

In a virtual meeting of the Inter-Governmental Authority on Development (Igad) called by the Sudanese Prime Minister Abdalla Hamdok, he noted that South Sudan has been making progress in the last five months on the execution of the September 2018 peace agreement, but called for more international efforts and regional support.

“The process continues to yield positive responses since the signing of the revitalisation peace agreement. I wish to call upon all partners to participate fully in the process, and the regional states and the international community to continue supporting the South Sudan peace process,” said Dr Hamdok, who is also the current chair of Igad.

The leaders discussed the South Sudan peace process and its implementation progress, as well as regional updates on the Covid-19 pandemic.

The meeting comes just days after President Kiir announced during the ninth Independence Day anniversary on July 9 that the country would immediately embark on full-scale disarmament to mop up arms in the wrong hands as part of the Security Arrangements contained in Chapter 2 of the peace agreement.

He thanked Igad member states for support and said that the transitional government has successfully instituted an inclusive cabinet and would now focus on promoting good governance.

“I am happy to inform you that we have covered some ground on security arrangements and we agreed on locations of Upper Nile and Jonglei states,” said President Kiir.

South Sudan is, however, still grappling with inter-communal violence in Jonglei and parts of Central Equatoria, with observers attributing it to border disputes, the existence of militias who are not part of the peace agreement, and the fear of individuals losing their weapons in the forthcoming disarmament.