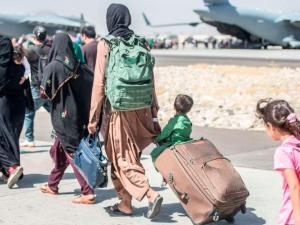 At least 40 Afghans have entered South Sudan without following the required legal procedures according to the country’s immigration authorities.

“My office noticed that there are Afghans who entered the country without [our] knowledge or [following] procedures,” said Atem, adding that the foreigners are staying in one place.

Gen Marol, who said it was not clear how the Afghans entered South Sudan, asked citizens to cooperate with the refugees and provide them the needed reception.

After taking Kabul on August 15, with the president and other top officials leaving Afghanistan, the Taliban announced a general amnesty for state employees, encouraged women to participate in its prospective government, and pledged that Afghan soil would not be a springboard for harming any country.

Uganda said the United States requested it to host "at-risk" Afghans and people of other nationalities who were in transit to America and other nations. It is the largest refugee-hosting nation on the African continent and the fourth in the world, with over 1.5 million refugees.

The vast influx of refugees is due to several factors in countries neighbouring Uganda, especially war and violence in South Sudan and the Democratic Republic of the Congo, and associated economic crises and political instability in the region.