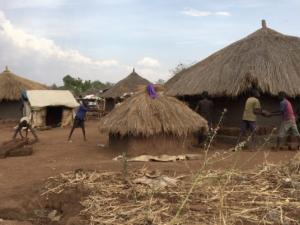 As the world counts down the days remaining for the forming of a unity government in South Sudan, fighting between rebels and government forces happening in the two states of Yei and Maridi threaten jeopardizing the peace process underway in Juba. The clashes have displaced civilians. Many started arriving in Uganda two months ago, seeking safety. The recent group of asylum seekers arrived yesterday evening. OPM or Office of the Prime Minister, a government department that deals with the matters of asylum seekers and refugees say they receive 30 individuals everyday. Most of the new arrivals are women and children. Abdulrahman Ayub sent the report.