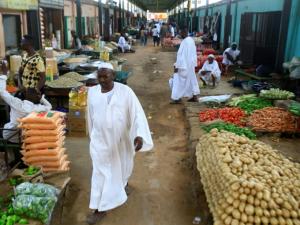 Shops began to reopen in Sudan's capital on Wednesday after demonstrators called off a nationwide civil disobedience campaign and agreed to new talks, though many residents remained indoors following last week's deadly crackdown.

The United Nations Security Council called on the generals and protest leaders to resolve the crisis triggered by the June 3 crackdown on a sit-in outside the military headquarters in Khartoum that killed dozens.

Global diplomatic efforts to resolve the standoff were expected to get a boost from a visit by a top US official who was due to meet with the two sides.

The slow return to normality came after an Ethiopian envoy of Abiy announced that the protest leaders and the ruling military council had agreed to resume talks and that a three-day civil disobedience campaign was ending.