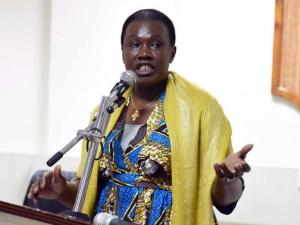 The governments of Sudan and South Sudan on Thursday signed a joint military co-operation agreement aimed at providing armed training, peace and development between the two countries.

According to Sudanese media, the two countries on Thursday signed a memorandum of understanding on provision of military training, peace and development promotion and resolving the issue of the disputed Abyei border.

The deal was signed by Sudan and South Sudan’s Ministers for Defence, Ibrahim Yassin and Angelina Teny.

Addressing members of the press in Khartoum on Friday, South Sudan’s Defence Minister Teny welcomed the reopening of the entry points as a great commitment towards the co-operation agreement.

"The two heads of state are the ones leading these efforts. And this may be the first time a huge step like this is taking place in the implementation of the Co-operation Agreement between the two countries," said Teny.

South Sudan and Sudan had closed much of the 2,000-kilometre border in 2012  hitting traders and communities on both sides of the disputed line.

The two countries have experienced protracted social conflicts and loss of revenue due to a decline in oil production and prices.

They have also witnessed insignificant foreign investment since 2011, though the value of their currencies has weakened, creating a situation of hyper-inflation and increased poverty.

The Khartoum meeting provided a platform for the two countries to review the co-operation agreement they failed to implement in the last eight years.

After the independence of South Sudan, the two countries agreed on post-referendum relations tackling the status of nationals of both countries in each state, border, trade, and co-operation on central banking.

They also settled on payment of post-service benefits for South Sudanese nationals who previously worked in a united Sudan.

In addition, other issues agreed upon were the division of assets and liabilities, oil transit, arrears and claims and a joint approach to settling international debts.