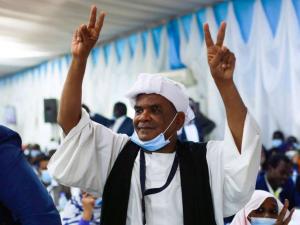 Key Sudanese parties are set to sign the final peace deal in Juba early next month to cement an initial agreement inked in August, the mediation team confirmed on Thursday.

Mr Ruben Malek, the South Sudanese deputy minister of Defense and Veteran Affairs, who is also part of the mediation team, said the expected deal would be a return to complete peace in Sudan.

“The final agreement is going to be finalised on the 3rd of October in Juba. The invitation is already being extended by the President and many envoys dispatched in the region, to extend the letters of invitation for all the Heads of States to come and witness the signing ceremony in October,” he explained.

Sudanese parties have had a series of talks in Juba in a bid to bring about lasting peace to the country after years of conflict.

As a result, the parties - the transitional government of Sudan and armed rebel groups - initialed on the draft deal back in August as a pathway to the final agreement.

“The uniqueness of this mediation is that the Sudanese are the ones resolving their problem by themselves. Our role is just to assert, advice and give experience but they negotiated their agreement,” Mr Malek said.

He went on to encourage the parties to continue nursing the agreement so that it doesn’t die.

“With exception of Abdu Al Wahid Mohamed Al Nuor, the Sudan Liberation Movement, this is a single movement that still needs to be convinced. So I urge international agencies to intervene in one way or another to convince Abdu Al Wahid to join so that Sudanese peace becomes an inclusive process,” he added.