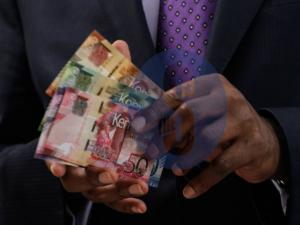 The Bank of Tanzania has frozen exchange of Kenyan bank notes with immediate effect.

Through a letter addressed to all financial institutions on Friday, the Tanzanian bank regulator said the Central Bank of Kenya had informed it of assurance of new series of banknotes starting May 31.

With a view to combat illicit financial flows and counterfeits into the Republic of Kenya, the Bank of Tanzania has been advised to freeze CBK Currency Collection Account with immediate effect,’’ the memo read.

This means, anyone with old Kenyan notes in the two countries will have to carry them to Kenya to replace them for new ones subject to CBK's guidelines.

The announcement is a blow to perpetrators of illicit financial flows who have sneaked huge amount of Kenyan currency into the neighboring nations, hoping to launder it into local currencies.

It is also a big blow to Kenyan traders seeking to exchange money to trade in Tanzania and Uganda.

Kenya unveiled new bank notes to the public on June 1 and announced plans to phase out old generation Sh1000 notes by October 1.

Speaking to journalists on June 3, CBK Governor Patrick Njoroge said he will be reaching other regulators in the region to ensure a smooth transition from old to new bank notes.

‘’We are going to work closely with every stakeholder in the financial sector including our sister Central Banks in the region to ensure a smooth transaction and fight against illicit financial flows,’’ Njoroge said.