Tanzania bans entry of all plastic bags from June 1, 2019 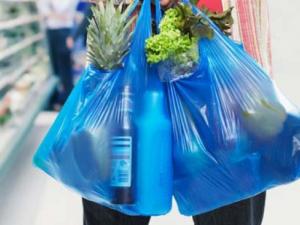 The Tanzanian government on Thursday issued an official warning to people planning to visit the country not to carry plastic bags with them effective June 1, this year, underlining the country’s plan to protect the environment.

Tanzania joins Rwanda, which for the past 10 years, has been leading the way in enforcing a ban on plastics in the region.

“All plastic carrier bags, regardless of their thickness will be prohibited from being imported, exported, manufactured, sold, stored, supplied and used in mainland Tanzania," the Office of the Vice President of Tanzania said in a statement this morning. 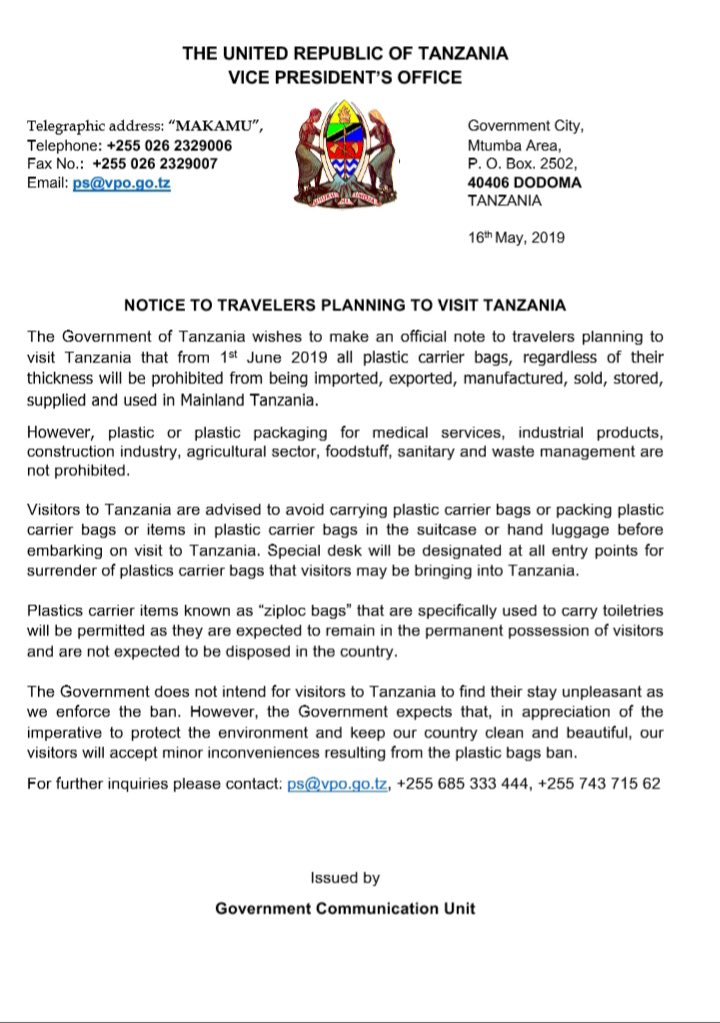 In August 2016, the government warned manufacturers of plastic bags to diversify their line of business ahead of the January 2017 full implementation of a plastics ban. Today’s development is a second decisive leg of ensuring a plastic-free country.

In April 2016, a minister of union affairs and environment, January Makamba, informed the National Assembly that the government was going ahead with its total ban on plastic bags.

‘‘We are warning industries that stern action, including closure, will be taken against those who will be caught manufacturing plastic bags,’‘ he said at the time.