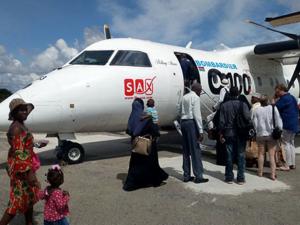 Tanzania has banned three more Kenyan airlines from its airspace as the standoff over the management of Covid-19 escalates.

TCAA director-general Hamza Johari confirmed the decision to The Citizen on Wednesday.

"The basis of the decision to nullify our approval for the three Kenyan airlines is the ongoing dispute between the two countries," said Mr Johari told The Citizen in a telephone interview.

The two neighbouring East Africa Community (EAC) member states are locked in a disagreement over the handling of passengers arriving from Dar es Salaam, after Kenya excluded Tanzania from the list of countries whose nationals would be allowed entry under revised coronavirus restrictions.

Following the publication of the list, TCAA, on August 1, cancelled plans to allow the national carrier, Kenya Airways (KQ), to resume flights to Dar es Salaam and Zanzibar over the omission.

Kenya has since expanded the list to 100 countries whose nationals are allowed entry without the mandatory 14-day quarantine. Tanzania is still missing from the list.

Before Tuesday’s ban, AirKenya Express, Fly540, and Safarilink Aviation operated daily flights to and from Kilimanjaro and Zanzibar in Tanzania.

Kenya Airways resumed international flights on August 1, heading to about 30 destinations for the first time since the routes were suspended in March due to the virus.

Tanzania is one of the critical routes for KQ and the national carrier had planned two daily flights to Dar and three weekly flights to the resort city of Zanzibar.

Mr Johari said the ban on Kenya’s four airlines would not be lifted unless air travellers from Tanzania are accorded the same treatment as those on the list.

“Some countries are allowed to enter Kenya without the same condition despite having very high rates of Covid-19 infections,” he told The Citizen.

The regulator said it was surprising that Tanzania, whose President John Magufuli declared it Covid-19 free, is exempted from the list. “What message are they sending to the world about Tanzania?”