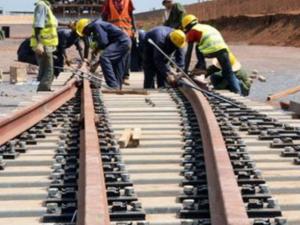 Addressing the crowd in Kigoma, President Magufuli said that they agreed to build a narrow gauge railway that will help transport nickel from Burundi.

“I have assured him that the experts here revived a railway from Dar to Kilimanjaro and Arusha; they can’t fail to build this one,” said President Magufuli.

The railway is expected to run from Uvinza in western Tanzania to Gitega in central Burundi through Musongati, where the largest deposits of nickel are found.

The two governments have set up a permanent commission to implement the project.

Burundi has 231 tonnes of proven nickel reserves. The two governments are also working on setting up a refinery for the mineral.

It is also rich in vanadium, gold, rare earth, phosphates, kaolin, quartzite and limestone. Burundi imports most of its cargo through Dar es Salaam.

Tanzania Deputy Minister for Minerals Stanslaus Nyongo told The EastAfrican that Tanzania will strengthen business ties with other landlocked countries.

Tax payments for minerals have been harmonised to curb illegal business transactions across the border.

Reforms in mining have accelerated the sector’s growth in Tanzania. The country expects a turnover in revenue from mining of Tsh600 billion ($270 million) in the 2020/21 financial year.