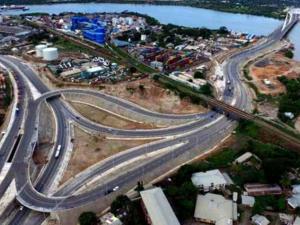 Tanzania's election campaigns are heading into a home stretch with candidates disagreeing on what infrastructure projects should matter most for the ordinary folk.

While President John Pombe Magufuli has been fighting back critics of his mega infrastructure projects, calling them "imperialists," his opponents say most of those are misplaced.

The main opposition Chadema’s presidential candidate Tundu Lissu told an audience on Tuesday that he would focus on socio-economic challenges facing ordinary citizens, rather than erecting projects he argued were detached from needy people.

"Flyovers, no matter how good, they do not have any impact on the 99 percent of Tanzanians living in mainland regions and have infrastructure challenges," he said.

Tanzania recently erected the Tanzania-Zambia railway flyover, funded by the government of Japan at a cost of about $45 million. Constructed at the junction of the busy Mandela Expressway and Julius Nyerere Road in the commercial capital Dar es Salaam, the facility is seen as a solution for motorists who had to endure hours stuck in traffic.

"These funds could have been used to implement national developmental projects, instead of benefiting a small portion of Tanzanians," Mr Lissu said in a speech broadcast online. He spoke at a campaign rally in Mbogwe District in northwestern Geita region on his way to Chato, the hometown of President Magufuli.

When he came to power in 2015, Dr Magufuli oversaw the construction of a new airport in Chato at a cost of Tsh39 billion (about $17 million), which government officials argued could open up local tourism, bringing new business opportunities to the local communities.

But Mr Lissu says there has been no impact yet from the facility completed in 2018 and operated by Tanzania Airports Authority.

"Who uses it? How is it helpful for a farmer living in Mbogwe and who faces the daily hassle of undeveloped roads?" Lissu posed.

It is not the first time that the Chadema candidate has questioned the benefits of mega infrastructure projects put up by the Magufuli regime. But the ruling Chama cha Mapinduzi (CCM) has rebutted    his arguments.

Magufuli, who holds a PhD in Chemistry and nicknamed the 'bulldozer', has argued in the past he wants to erect projects that benefit Tanzanians without burdening them with debt. His government has renovated roads, is erecting a gas plant in Lindi on the southern coast, an upgrade of the Dar port to accommodate larger vessels is underway, and recently Tanzania has entered a deal to put up an oil pipeline with Uganda.

The President, who critics term as populist, on Tuesday afternoon showed up on rainy and flooded Ubungo in Dar es Salaam where he told the traders they will now run the market by themselves. He said the Mahakama ya Ndizi market sellers would no longer pay fees to a third party, cutting off “exploitative taxation”.

"From now, all the traders will just need to have the entrepreneurship identity card after paying the Sh20,000 per year," he said on the muddy Barafu Primary School grounds.

"Water is always a blessing and the ongoing rain today is a sign that we will win," he said.

Both Lissu and Magufuli seem to agree that there are heavy tariffs imposed on small-scale traders and farmers. The former says he will address the issue by abolishing most of the tariffs.

And Lissu, seen as Magufuli's main opponent in the presidential race comprising 15 candidates, has lampooned the government for not focusing on immediate needs of the people. On Tuesday, he pledged to utilise public funds to improve the country's education system and make graduates employable across the region.

Farmers’ woes have been a major issue that the contenders are paying attention to. In Singida, Prof Ibrahim Lipumba, the presidential candidate for Civic United Front (CUF) promised to address concerns on quality of sunflower seeds and bad roads.

"I will improve both main and feeder roads in rural and urban Singida once I am elected the president," he told the residents.