Tanzania hopeful of removal from the UAE’s ‘virus red list’ 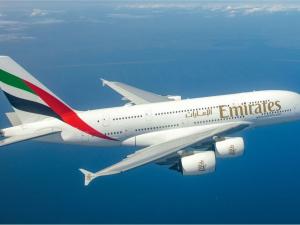 Dar es Salaam. Authorities in Tanzania are optimistic that the United Arab Emirates (UAE) would soon drop the East African nation on its Covid-19 ‘Red List’.

Tanzanians, along with Kenyans are still locked in the UAE’s ‘Red List’ even as it recently removed travel restriction from five African countries whose citizens were barred from visiting the country.

In its latest review, the UAE removed Ghana, Angola, Uganda, Guinea and Cote d’Ivoire from its ‘Red List’ of admission to the Middle East state.

“With effect from January 13, Emirates will resume passenger services to and from Guinea (CKY), Cote d’Ivoire (ABJ), Ghana (ACC), Uganda (EBB) and Republic of Angola (Luanda),” reads a statement from a carrier’s website.

Citizens from the countries, along with their counterparts from several other countries, including Tanzania and Kenya were barred from traveling to the UAE after medical examinations showed that they were testing positive for Covid-19 after arrival in the Middle East nation despite carrying negative test results.

But aviation players in Tanzania are now optimistic that though the country remains on the list, it was just a matter of time before Tanzanians regain their permit for entry into the UAE.

This, he expounded, followed the ongoing efforts by the government to address the matter in question.

“We (TCAA) are conducting an internal communication with the Transport ministry and that of Health with a view to putting our house in order,” said Mr Malanga who doubles as the TCAA’s economic regulation director.

He explained that they were discussing the possibility for Tanzania to comply with the UAE’s requirements, which include presenting a negative Covid-19 test obtained within 48 hours of departure and a Rapid-PCR test at the airport within six hours of departure.

“We are doing all in our powers to strengthen our preparedness for health emergencies,” noted Mr Malanga.

The UAE’s new measures against Tanzania and Kenya include the suspension of all inbound flights and a ban on all transiting passengers from these countries.

Limited categories of travelers are exempt from the travel ban, including UAE nationals, their first-degree relatives, and staff of diplomatic missions, among others.

The move by UAE to impose the ban came amid concerns over the fast spreading Covid-19 Omicron variant and rising infection numbers in the UAE.