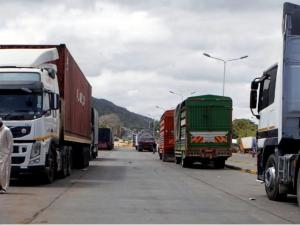 Kenyan and other foreign grain traders seeking to import maize from Tanzania will now be required to register their companies in Tanzania.

Kenyan grain traders seeking to import maize from Tanzania will now be required to register their companies in Dar es Salaam as the country imposes stricter rules to protect its commodities and jobs from shifting abroad.
The new measure will have an impact on Kenya’s food security as the country relies heavily on cross-border stocks to bridge the annual deficit.

A notice issued by Tanzania’s Ministry of Agriculture wants foreign traders to register their companies in Tanzania to enjoy better terms and ensure a smoother flow of their commodities across the border.

Tanzania’s Agriculture minister Hussein Bashe said in an interview with The Citizen that the country has not stopped the issuance of permits but has put in place processes to control the arbitrary export of grains.
The measures include the mandatory requirement to secure export permits and the need for foreign exporters to register their entities domestically.

“The ministry urges those who are not Tanzanians to register their companies and to follow the law of land, so that they can benefit from doing grain business in the country,” said the Tanzanian Ministry of Agriculture in a notice.

Data from the Eastern Africa Grain Council shows imports from Tanzania nearly grew five-fold last year to 469,474 tonnes from 98,000 tonnes in 2020, making it the largest exporter of grain to the country.

The raft of measures issued by Tanzania a fortnight ago also makes it mandatory for importers and exporters of grain to register with the Business Registrations and Licensing Agency (BRELA) and obtain a trading permit.
Traders will also be required to present tax clearance certificate and show business permit issued by BRELA allowing them to trade on grain before they are allowed to export the commodities.

Before this, Kenyan traders bringing in maize from Tanzania were only required to have export permits, according to United Grain Millers Association chairperson Ken Nyaga.

These strict conditions have seen traders cut on imports from Tanzania, worsening the situation locally given limited supply of maize locally.
Some millers and animal feed manufacturers raised concerns early in the week that Tanzania had stopped issuing permits last week, cutting the supply of the grain locally.

However, Dar es Salaam has dismissed the claims surrounding the export permits, urging traders from Kenya to follow the right procedures.
“Tanzania hasn’t barred issuance of permits for maize exports and it is not planning to do so. Traders should follow crop export procedures including securing crop export permits that are issued free of charge,” said Mr Bashe.

Mr Bashe told The Citizen the challenge that they have had is that foreign traders are not following the laid down procedure and that they arbitrarily enter the farms in Tanzania and export the crop without meeting the set conditions.
“These procedures have been put in place to prevent possible burden that could befall the government and the country in case there were challenges facing the produce in the international market,” he said.

Millers are issued with a one-off permit for grain export from Tanzania and they need to apply for a new one every time they intend to ship maize out of that country.
The development has left processors jostling for stocks that are available locally and a few imports coming in from Zambia. Tanzania restricts exports to protect its local stock following poor harvests.
https://www.thecitizen.co.tz/tanzania/news/national/tanzania-introduces-...