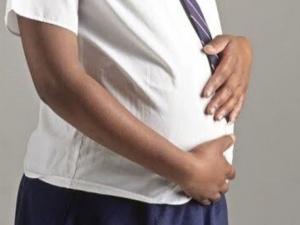 Dodoma. The Tanzania government has lifted a ban on pregnant students and adolescent mothers from attending school, Education Minister Prof Joyce Ndalichako has told reporters.
Speaking in Dodoma on Wednesday November 24, Prof. Ndalichako said the government will now allow all students who dropped out of school due to various reasons including pregnancy to return to school in a formal system after giving birth.
She made remarks while describing the achievements of the education ministry in the past 60 years of Tanganyika’s independence.
“Later today, I will issue a statement explaining how the students who dropped out of school due to pregnancy and other reasons will go back to school,” she said.
The law which was originally passed in 2002 was reinforced by late President John Magufuli reinforced in 2017 barring pregnant girls from attending regular school.
The policy that was first introduced in the 1960s, under the measure, schoolgirls were often subjected to mandatory pregnancy tests and run the risk of being arrested if pregnant.
President Magufuli then argued that girls would be too distracted to concentrate on their studies after they have had a child, and their presence would be a bad influence on other girls.
The same warning went men who impregnate the girls who he said serve lengthy jail terms so that they can put their energies to good use.