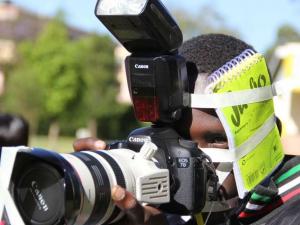 The Tanzania Communications Regulatory Authority (TCRA) has announced a new set of rules designed to increase its control over local radio and television broadcasts run by foreign media.

Section 37 of the 2018 Electronic and Postal Communications Act (Epoca) has been expanded to require any broadcasting station seeking to air material from another station within or outside the country to secure a formal permit from TCRA.

According to a TCRA statement, "A foreign national is also not allowed to enter into a working or business-related relationship with a local broadcaster unless he or she is accompanied by a representative from either the government or TCRA."

"It should be understood that the main issue here is broadcast stations and not journalists as individuals," TCRA director-general James Kilaba said in the statement.

While instructing all local stations to submit their applications for TCRA cross-border link-up permits by August 18, the agency allowed those already running regular programmes from foreign sources under clear partnership deals to continue doing so for now.

Prohibited content listed in the new regulations includes information that threatens national security and public order, aims to harm the reputation of the country, promotes public demonstrations, or could harm the national currency and cause confusion about the economic condition in the country.

Also outlawed under the new regulations is unapproved content on dangerous disease outbreaks in the country, including the coronavirus pandemic, and content related to gambling, sports betting and lottery activities via electronic channels.

TCRA had earlier in the week taken to task the privately-owned Radio Free Africa (RFA) station for airing a BBC interview with opposition presidential candidate Tundu Lissu, in which he claimed opposition leaders including himself were barred by the government from participating in the funeral rites of the late Tanzanian president Benjamin Mkapa, who died on July 24.

According to the TCRA statement issued then, the July 29 interview on a BBC morning talk show programme was not "journalistically balanced" in that it amounted to attacking the government without verifying Mr Lissu's claims with government sources.

RFA, along with another local radio station, Radio One, have been served with a stern warning and a three-month probation from the watchdog for ‘violating broadcasting rules’.

The regulator said RFA's decision to run the programme was in violation of sections 15 and 16 of the old Epoca regulations (2018) that emphasised "fair, accurate, balanced, impartial and non-partisan" presentation of news reports, current affairs programmes and documentaries "where issues of public importance are discussed”.

RFA was grilled by the TCRA Content Committee on August 10.

In April, three other local broadcasters (Star Media, MultiChoice Tanzania and Azam Digital) were fined 2,000 euros each and forced to issue public apologies for seven straight days after they aired a report by Kenya’s Citizen TV that cast Tanzanian President John Magufuli in bad light.