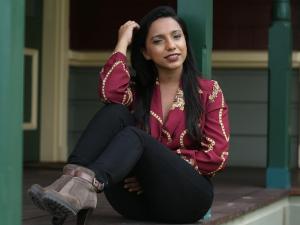 Dar es Salaam. The Inspector General of Police Simon Sirro has on Monday said the arrest of Australian national Zara Kay was an immigration issue that is currently under investigations by the department.

“She was arrested and interrogated but as it stands it is more of an immigration issue which is currently being handled by the department,” said the IGP Sirro.

He was speaking at a news briefing at the Senior Police Officers Mess at Oysterbay in Dar es Salaam where he touched on several matters regarding the operations of the traffic police in the just concluded 2020.

According to international media outlets Zara Kay was arrested on December 28 after she was summoned by the police.

Kay tweeted on 28 December she was ‘going to the police station because someone reported me in for blasphemy’ and a few days later told her supporters she was out on bail but ‘still quite traumatised from everything’.

According to her she is supposed to return to the police station on Tuesday, January 5.

According to The Guardian UK, Kay was raised a Shia Muslim in Tanzania, told the Australian newspaper in 2019 that she had been forced to wear the hijab from the age of eight but took it off when she moved to Australia to study in her late teens.

She has renounced Islam and campaigns to help people who struggle when they similarly leave the faith. Kay has held speaking events in Australia on the topic: “Losing your religion can be hard, and for some, it can be fatal”.