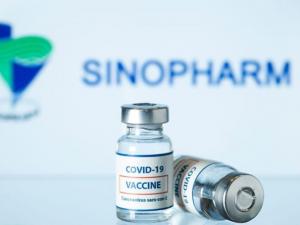 Dar es Salaam. The government yesterday said two million doses of sinopharm vaccines from China are expected to arrive in the country as the number of vaccinated Tanzanians reaches 400,000 of from the million doses initially received.
The government spokesperson, Mr Gerson Msigwa, said yesterday that - unlike the ‘Johnson & Johnson’ doses that are injected once a year, Tanzanians s will have to be inoculated twice a year with the sinopharm doses.
“Those scared of injections had better go for the available Johnson doses instead of waiting for doses that will be administered twice a year,” he said.
According to him, the increase in the number of vaccinated Tanzanians was attributed to the on-going inoculation campaigns that commenced on September 15, 2021 conducted jointly by the Ministry of Health, Community Development, Gender, the Elderly and Children, and the Ministry of State in the President’s Office, Regional Administration and Local Government (PO-RALG).
“All the 6,784 vaccination centres were instructed to provide Covid-19 vaccines to citizens,” he said.
Regarding the ongoing campaign, Mr Msigwa said health experts have been dispatched to villages in order to reach Tanzanians whose vaccination is hampered by the long distance to inoculation centres.

President Hassan’s UN-GA visit
Mr Msigwa said that, apart from addressing the 76th Session of the United Nation General Assembly, (UN-GA), President Samia Suluhu Hassan held talks with the World Bank (WB) President, Mr David Malpass.
The Head of State also met with the President of the European Union Council, Mr Charles Michel, and the World Trade Organisation’s director, Ms Okonjo-Iweala, aimed at strengthening cooperation.
“The country is executing $4.808 billion projects - which is equivalent to Sh11.058 trillion - using WB funding, as well as nine regional projects worth $697 million (about Sh1.121 trillion) under the International Development Association (IDA) to the poorest countries,” he said.
“WTO has agreed to support Tanzania in finding markets for its agricultural produce as the country has 1.9 tonnes million and 920,000 tonnes of rice and maize stockpiles respectively,” he said.
Apart from the WB and WTO, the EU pledged to support Tanzania in lowering costs of diagnosis of diseases, and access to medicines.

Dodoma’s government city
Mr Msigwa said Sh600 billion will be spent on the construction of 24 permanent facilities after completion of the first phase of the project that has already cost Sh39 billion to build 23 of the proposed structures.
“Eight ministries have signed contracts with construction firms, the remaining are given until September 30, 2021 to finalise procedures and ink respective papers,” he said - noting that the Sh89.1 billion project to develop roads infrastructures in the area has been completed by 83 percent.

Government retirees
He said about 144,000 retired government officers receive their payments on time - and that, this month, Sh57.7 billion was paid through the Public Service Social Security Fund (PSSSF).