Tanzania to screen for Ebola after Uganda outbreak 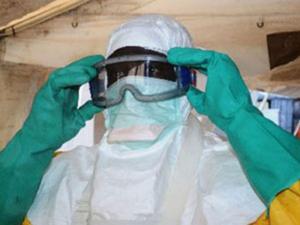 Tanzania has urged its citizens, especially at its borders, to be vigilant following the Ebola outbreak in Uganda. So far, no Ebola case has been reported in Tanzania.

It has also called for screening at its borders and public education on Ebola symptoms.

In a statement, Health Deputy Minister Godwin Mollel said, “I call upon all medical officers to provide public education on the disease, monitor it, and undertake investigations in their respective areas.”

Ebola is an often fatal viral haemorrhagic fever. The death rate is typically high, ranging up to 90 percent in some outbreaks, according to the World Health Organization.

First identified in 1976 in the DRC, the virus, whose natural host is the bat, has since set off a series of epidemics in Africa, killing around 15,000 people.

Human transmission is through body fluids, with the main symptoms being fever, vomiting, bleeding and diarrhoea.

Outbreaks are difficult to contain, especially in urban environments.

People who are infected do not become contagious until symptoms appear, which is after an incubation period of between two and 21 days.

There have been previous outbreaks of the Sudan strain in Uganda and in Sudan, the WHO said.

Uganda – which shares a porous border with the Democratic Republic of Congo (DRC) – has experienced several Ebola outbreaks in the past, most recently in 2019, when at least five people died.