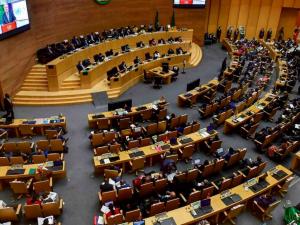 Tanzania and Uganda have been elected to be members of the African Union’s Peace and Security Council.

The AU’s Peace and Security Council is a 15-member organ comprised of member states from each of the five regions of the bloc, and it is the African Union’s standing decision-making body for the prevention, management, and resolution of conflicts on the continent.

Council members are elected by the AU Executive Council then endorsed by the Assembly of the Union.

The Council voted on February 3 at the bloc’s 40th Ordinary Session of its Executive Council that was held in the Ethiopian capital Addis Ababa.

“Uganda obtained 34 votes in the third round of voting, in a race that also attracted the United Republic of Tanzania and the Federal Democratic Republic of Ethiopia. Uganda has been elected for a two-year term from 2022 to 2024 and will be joined by Tanzania and Djibouti as the representatives of the Eastern Region,” Uganda’s Foreign Affairs ministry said in a statement.

Uganda last served on the Peace and Security Council in 2018 and authorities say this election was on account of Kampala’s active engagement in “almost every peace and security initiative in the region.”

Uganda has activity participated in easing tensions in the South Sudan conflict and deployed troops in Central African Republic, Equatorial Guinea and Somalia during conflict.

Recently, the country sent troops to eastern Democratic Republic of Congo to flush out the Allied Democratic Forces, a rebel group which has roots in Uganda and is blamed for attacks on civilians in both countries.