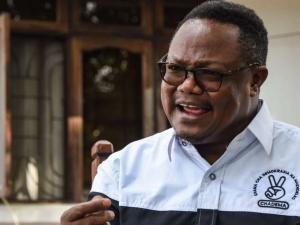 The opposition leader spent nearly three years in Belgium recuperating from gunshot injuries sustained in a 2017 assassination attempt, before he came back to Tanzania to run for president.

On Tuesday, Ms Héla Slim, a political analyst with law firm Amsterdam & Partners LLP, who are representing Mr Lissu, confirmed to The EastAfrican via e-mail that Mr Lissu was on his way to Belgium.

Mr Lissu had been holed up at the German embassy in Dar es Salaam since Wednesday last week. He said he had been receiving death threats since the October 28 general election results were announced.

President John Magufuli won more than 84 percent of the vote against Mr Lissu's less than 14 percent, according to the National Electoral Commission (NEC).