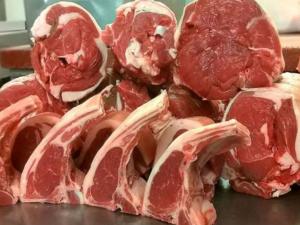 Arusha. Tanzania exported a record 10,000 tonnes of meat to the Middle East in the first six months of this year.

This offers prospects of a reliable market there as only 7,000 tonnes were exported during the whole of 2021.

“By December this year, the tonnage will certainly be double the amount exported until June,” said Livestock and Fisheries minister Mashimba Ndaki.

He revealed this during a regional meeting on meat production for the Southern Africa Development Community (Sadc) member states.

The meeting discussed value addition to red meat from the indigenous livestock breeds in the 16-nation Sadc bloc.

The opening up of the Middle East market for meat from Tanzania followed recent move to reach out to those markets.

“President Samia Suluhu Hassan has been to the Gulf states in recent months,” he told journalists on the sidelines of the meeting.

According to him, there is demand for meat imports from Tanzania in the Middle East and other Asian countries.

The meeting was organized by Inter African Bureau for Animal Diseases (IBAR), an organization under the African Union.

Mr Ndaki did not reveal which countries bought meat from Tanzania but are likely to be those in the Gulf and the Arabian peninsula.

Due to prospects for reliable markets of meat from Tanzania abroad, efforts are underway to improve the animal productivity.

“We will ensure the cattle, goats and sheep are inspected by veterinary experts and fattened at the holding grounds,” he said.

To ensure water is available to the animals, water dams will be constructed in all the regions with a large population of livestock.

“Our meat exports must not only meet the required animal health standards to make them competitive in the markets,” he added.

An expert with AU-IBAR Mary Kariuki said they have discussed the meat value chain and found out that the sector was promising.

For his part, Dr Nick Mwankipa, the organisation’s acting director challenged the SADC member states to tap the potential of the meat sub sector.

Recently, Saudi Arabia announced that it was ready to import meat from Tanzania provided the country was cleared of foot and mouth disease. The infectious and sometimes fatal viral disease affects cloven-hoofed animals; both wild and domesticated broke out in the country some years ago.

The country’s ambassador to Tanzania, Mr Ally Jabair, nevertheless, said there was a high demand of meat from Tanzania in his country.

“What is needed now is for exporters from Tanzania to make sure they adhere to the required standards, including obtaining a Halal Meat Certificate,” he said.