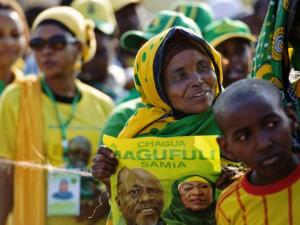 Tanzania's ruling party Chama cha Mapinduzi (CCM) has warned a section of its members against following through with an alleged plan to sabotage the party ahead of the October 28 General Election.

Reports indicate that a section of disgruntled party members are dissatisfied with the councillorship and parliamentary nomination processes.

“Now I assure you that when the traitors and the hypocrites are found, we will not take action against them in the midst of this war (election campaigns) and no one should touch such people during the war,” said Dr Bashiru while at a meeting with party leaders from the grassroots, branches and wards in Bukoba Urban District.

He made the remarks while outlining the party’s stance on the nomination of candidates for special seats, councillorship and parliamentary seats within the party.

He said that during the nominations process, some leaders attempted to tamper with the results.

He explained that the members planning to betray the party were doing it to achieve their own personal interests.

He also warned of severe disciplinary action, including expulsion from the party.

“We are satisfied with the evidence... at the end of the election, the hypocrites will all be dealt with,” he warned.