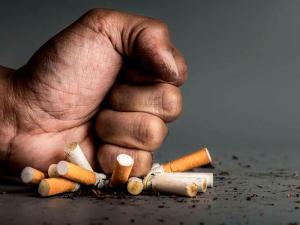 The National Taxpayers Association (NTA) has said that the Ministry of Health’s programmes involved in tobacco control is grossly underfunded.
The association said that if the ministry continues underfunding the Tobacco Control Board and Division of Noncommunicable Diseases (NCD), it will be impossible to fight tobacco use.

In a report titled “Tobacco Taxation and its Implications On UHC Financing in Kenya”, the association said that the Tobacco Control Board and NCD, which receives funding under the Preventive and Promotive Health Services Programme in the Ministry of Health, cannot run their programs effectively.
The association said that in the Financial Year 2019/20, the required budgetary allocation for the Preventive and Promotive Health Services programme was Sh16.14 billion but what was received was Sh11.22 billion, a shortfall of Sh4.9 billion.

NTA programmes officer Franciscah Marabu asked the government to compel tobacco companies to pay the solatium fund as required in the Tobacco Control Act.
“The government should explore the implementation of solatium compensatory funds from tobacco companies. The fund was supposed to be operationalized in Kenya as of 2021 but it is yet to be implemented,” Marabu said.

He added that the solatium compensation fund is a contribution of two percent of the value of the tobacco products sold, and the government is required to spend the money on tobacco control research, cessation, and rehabilitation programs.
At the same time, the association’s National Coordinator Irene Otieno said reforming the tax structure by making it uniform would raise more revenue, which should be channeled to health, and reduce tobacco consumption.
“Taxation on tobacco will contribute significantly to lower consumption of tobacco products which will safeguard any allocation of our taxes on Universal Health Care (UHC). Our expectation is that the Senate will protect the interest of their counties and support our initiative and increase taxation on tobacco,” she said.
https://nairobinews.nation.africa/taxpayers-body-wants-more-funding-for-...