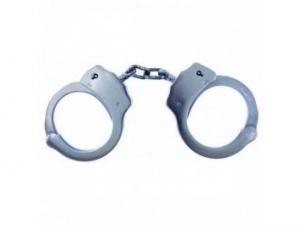 Three people have been arrested in operations against illegal mining activities, which were conducted separately in Kabuga Village, Nyamyumba Cell, Masoro Sector in Rulindo District.

Two of the suspects ; Manishimwe, 33, and Elisa Manizabayo Elisa, 19, were arrested red-handed mining cassiterite using traditional tools in the residents’ farms on Sunday, July 24.
Another suspect, Celestin Habyarimana, 60, was arrested on Monday, July 25.

Habyarimana, he added, was arrested on Monday at the same site. He was part of the group of illegal miners but others managed to flee during the operation.
SP Ndayisenga warned against such illegal activities and urged the public to continue sharing information on those involved.
He reminded that mining is only done by professionals working for a legally registered and licensed mining company.
The suspects were handed over to RIB at Murambi station for further legal process.

Article 54 of the law N° 58/2018 of 13/08/2018 on mining and quarry operations, states that ; any person, who undertakes mineral or quarry exploration, exploitation, processing or trading without a licence, commits an offence.

Upon conviction, the offender is liable to imprisonment for a term of between two and six months and a fine of not less than Rwf1 million and not more than Rwf5 million or only one of these penalties.
The court also orders confiscation of any seized minerals or quarry in storage, trading or processing without a licence.
https://en.igihe.com/news/article/three-suspected-illegal-miners-arreste...